The fight for Kampung Baru 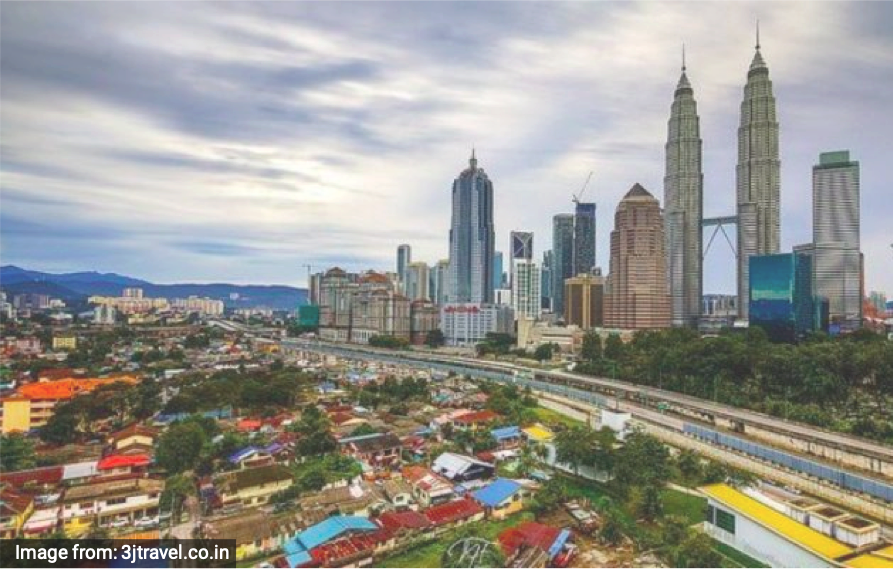 Kampung Baru is where the Malays live their traditional village lifestyle in the heart of KL. Why should that be changed?

The Malay community has lived in Kampung Baru for centuries. It is the last village standing in the cosmopolitan city of Kuala Lumpur, sandwiched between tall buildings and a bustling city just a stone’s throw away.

Kampung Baru, or “New Village”, was founded during the British colonial in 1899 for the Malay community. It was gazetted as a Malay Agriculture Settlement (MAS) in 1900 to allow the Malays to retain their cultural tradition of living in a village.

MAS has been taking care of the residents’ needs ever since, but now the government has its eyes set on the village for a redevelopment project.

Are the residents ready to let go of the cultural heritage preserved for more than a hundred years just for a taste of urbanisation?

Kampung Baru is the heartland of the Malays

Going back to the time before British rule, land was plentiful. But after British domination from 1874 onwards, the city received a flood of emigrants particularly Chinese mining workers which eventually drove the indigenous people away from Kuala Lumpur.

To take control of the situation, the British then set apart land exclusively for the Malays – a land called Kampung Baru.

Kampung Baru, which stretches over 4km in the central of Kuala Lumpur encompasses seven villages. Each village has its own penghulu (chieftain) elected by the residents.

Adding evidence to Kampung Baru being the heartland of the Malays, it used to be the perfect site for Malay politic movements to take place. The founders of the Malay-dominated political party the United Malays National Organisation (UMNO) held their early meetings there.

The Malays have fiercely held on to this enclave across centuries because of its strong sentiment, even when rapid modernization has replaced the landscape surrounding it with skyscrapers.

Instead of having multi-storey apartment buildings, traditional wooden stilt houses with old architectures can still be seen in Kampung Baru, complete with wood-panelled walls, stone pillars, and unique garbled roofs which could shade and provide ventilation to the occupants.

Green environment is rarely visible in a big city, but the coconut and banana trees in Kampung Baru, with proud KLCC looming in the background, give the village a wonderful sight even tourists can’t resist.

Narrow roads are where the locals ride motorcycles and bicycles, stopping by at nearby stalls to buy authentic nasi lemak, ayam bakar (grilled chicken), and diverse kuih-muih (delicacies). Chickens and goats wander around too.

The locals are happy the way they are, and after decades’ worth of defending Kampung Baru to preserve the unique Malay cultures and heritage, an offer price of RM850 per Sq ft. by Federal Territories Minister Khalid Abdul Samad has them on the fence.

Located in the heart of Kuala Lumpur, Kampung Baru became the most strategic area of government investment.

Being the only kampung left in a busy city, the Malay enclave has always been under pressure of development. The government often sees it as a “problem” to be solved. In fact, in the 1984 Kuala Lumpur Structure Plan (KLSP), there is a section where Kampung Baru is explicitly mentioned as the highest potential of development because of its close proximity to an urban city.

Back in 1991, there was news that a development plan for Kampung Baru was in the works. The locals were informed that their land would be acquired by the government and they would be compensated fairly.

But the plan fell short. Citing the high development cost, the government cancelled the project.

Later in 2008, the then Federal Territories Minister Datuk Seri Zulhasnan Rafique had another agenda for Kampung Baru (Kampong Bharu Development Plan) to be on par with the Kuala Lumpur City Plan 2020 as part of the Vision 2020. Issues like the Malay image and land ownership surfaced.

Fast forward to 2014, the redevelopment of catalyst action by Kampong Baru Development Corporation (PKB) suggested to upgrade the existing economic practices and to implement new catalyst activities such as the traditional food and commerce, education, and travel and tourism to attract more businesses and people into the area.

Then in 2015, another development project was planned. The Detailed Development Masterplan mentioned the building of 17,500 homes, retail shopping and offices. The project was estimated to cost RM43 billion.

All the government attempts over the years to modernise Kampung Baru, though bit by bit, have proven that the village has always been the clashing arena for political and economic gains.

The clouded future of Kampung Baru

In the new Master Plan, the government has allocated RM10 billion for redevelopment. With this project, Kampung Baru will no longer be left out of Kuala Lumpur’s rapid growth.

The project will include building facilities required by the bottom 40% income group, especially the 30,000 affordable homes.

However, the offer price of RM850 per sq. ft. was turned down because it was said to be too low for a land believed to be worth billions.

Many are still unsure of what the future holds. Among questions that leave them wondering are where they would be relocated and what would happen to their businesses if their heritage land is under redevelopment. And if condominiums are built, the Malays are also worried they would not afford to purchase them.

But above all, the Malay cultural heritage will no longer be preserved through the traditional lifestyle in Kampung Baru. Although the new redevelopment plan promises to ensure the preservation of the heritage, architecture, culture, and lifestyle in the context of contemporary development, many netizens are claiming that redeveloping means destroying.

Malaysia doesn’t have a good reputation when it comes to preserving its heritage. Other than the disappearing traditional games, the vanishing Malay art forms such as Mak Yong, and the use of Jawi writing, now there is a threat that the symbol of the past painted through the life in Kampung Baru too soon will be forgotten.

All the efforts to redevelop Kampung Baru somehow carry the insinuation that having a kampung in the middle of an urban city is such a bad thing, that it needs to be demolished and rebuilt into something more modern and profitable.

But if it’s about building more mercu tanda (landmark) of Malaysia, then retaining Kampung Baru the way it is, is enough, because to many Malaysians, Kampung Baru itself is already a magnificent mercu tanda.