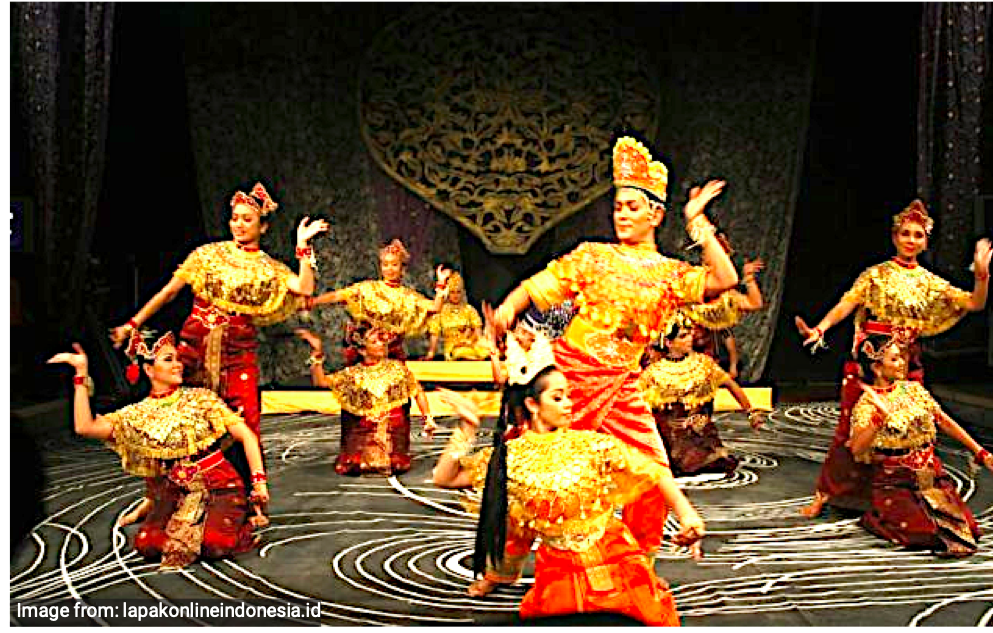 The arrival of Islam reshaped the Malays’ daily practices and culture as a whole. But does becoming a Muslim mean sacrificing one’s own identity?

Before the arrival of Islam, the Malays lived off crafty traditions. There were no concerns of right and wrong, just artistic cultures shaping the identity of a nation.

But when traders brought Islam into the region around the 13th century, many of these traditions were written off because the practices contradicted the view of the religion.

The practices of traditional Malay art forms were being slowly abandoned and the values gradually declined over time.

The endangered forms of entertainment

The Malay ethnic is rich with cultures and traditional customs. The notability even comes with a proverb biar mati anak, jangan mati adat (children may die, but customs shall live).

But with Islamisation, some customs were left behind. One of them is the ancient dance-drama tradition Mak Yong.

Mak Yong originated in Kelantan, but it was ironically the first place where the dance was banned and deemed un-Islamic.

The roots of Mak Yong differ depending on beliefs. Commonly, it is said to be based on the adventures and destinies of mythical royal-celestial figures dating back to the old Kelantan and Pattani Sultanates, and to the Srivijaya Empire from the 7th to the 13th centuries.

Others claim that Mak Yong began with the folklore of Che Siti Wan Kembang, the legendary Queen of Kelantan who was said to have reigned during the 14th century.

However it came into being, the Mak Yong dance performance flourished throughout the 1960s until the 1990s.

The dance consists of 12 main stories of the adventures of mythical heroes, narrated through the act of subtle gestures of hand and arm, soft hand positions, and graceful turns.

Although the elegance of Mak Yong performance used to send the audiences into utter amazement, it is also associated with some mystical elements forbidden in Islam such as healing by shamans, trance-dances, and spirit possessions.

Since women have major roles in the performance, including dressing in bright colours and acting as the lead male character, Mak Yong is also prohibited to be performed and enjoyed because of the revealing costumes and cross-dressing.

Those who stuck around were only able to perform secretly for a shrinking audience.

Another form of art that suffered the same fate of losing its cultural value is the shadow puppet theatre wayang kulit, which came to be through the strong influence of Javanese and Hinduism.

In a wayang kulit performance, flat two-dimensional puppet characters hand-made of cow or buffalo hide are brought to life by one storyteller, known as Tok Dalang.

Tok Dalang does not only move the puppets behind a semi-transparent white screen, he is also responsible for providing distinguishable voices to the characters, while tapping a rattle as a background music with his feet.

The employment of light and shadow gives wayang kulit more of its incomparable unique traits.

Sadly, the belief that wayang kulit has strong ties to the spirit world, including the customary act of offering food to the spirits before and after the performance, has put this aesthetic art in a bad light.

However, wayang kulit has long evolved since its Kelantan-fame days and adapted to urbanisation. Instead of focusing only on traditional tale of Hikayat Sri Rama, today’s wayang kulit has branched out to local folklore, history, popular comedies, current issues and secular tales.

The efforts of reviving wayang kulit are promising, but it is still a long way before it could regain its old glory.

The ever-changing fashion for Malay women

Dance performances are not the only thing that have changed over the politicisation of Islam.

Movies from the 50s and the 60s portrayed Malay women wearing the dress they believed fit their personalities. The classic styles of demure and ladylike Malay women also inspired the term gadis Melayu, turned into a song and sang by Jamal Abdillah and still used to refer to the true nature of Malay women until today.

And in those movies, most of the women wore baju kurung, baju kebaya or baju kebarung, without the hijab.

Going back further, another form of clothing dressed by Malay women in the old days is kemban – sarongs wrapped around the body and tied just above the chest, leaving the shoulders bare.

But when Islam came knocking and was heavily politicised, and somewhere along the way Arabisation came into the picture, the beliefs carried by the religion supplanted the cultures.

Baju kurung is traded for jubah (long, thick-fabric dress), and kemban is no longer worn in public.

Although baju kurung continues to live on as an intrinsic part of Malay women’s lives, worn during festivals or as a daily working attire, its transformation from traditional baju kurung to modern baju kurung has also brought huge changes to the Malay culture.

Meanwhile, a large number of women started to don hijabs as part of their religious duty.

When religion and culture collided, the Malays went through an identity struggle phase to uphold their faith, while at the same time staying true to their cultural identities.

Some customs are tossed aside without a second thought, some are adapted and have evolved to stay in line with the globalisation.

But the fact that some cultures, like wayang kulit and baju kurung can stay relevant and embrace the values of Islam to this day means that one doesn’t need to sacrifice traditional cultures to become a good Muslim.

“A people without the knowledge of their past history, origin and culture is like a tree without roots.” – Marcus Garvey