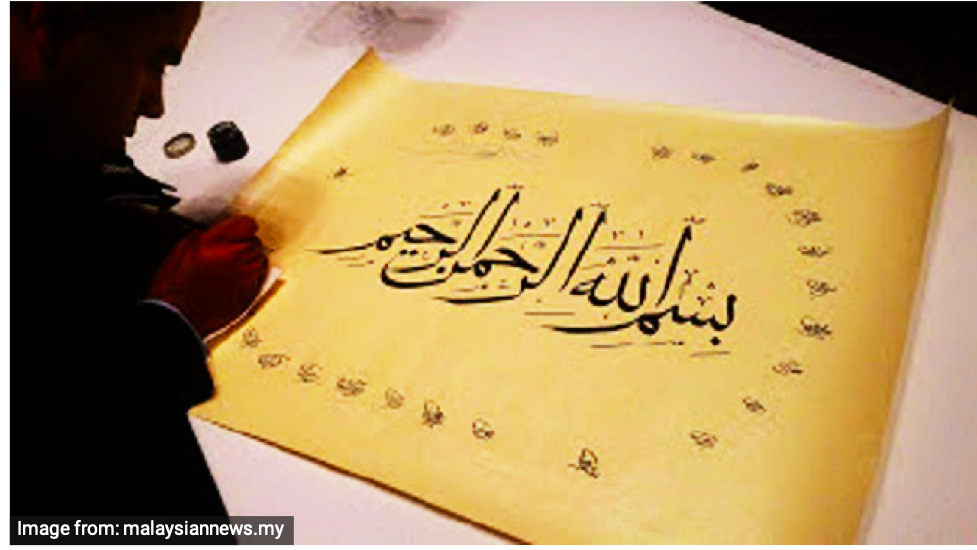 Between culture, identity, and the dilemma in preserving it.

The Ministry of Education has decided to introduce Jawi writing lesson (formerly referred to as Khat calligraphy) for Year Four pupils in vernacular schools and yet, the howl of protests prompted by great confusion over the verdict is still blooming.

Most are highly concerned with the Islamic image that Jawi is commonly associated with, and the fact that mastering it is the basic requirement of reading the Holy Quran, doesn’t help them to see a clearer picture. Thus, learning Jawi is fear-mongered to be an act of Islamisation.

But looking at Jawi lessons through a different and wider perspective, learning Jawi goes beyond school examination, racial boundaries, and religious practices.

Jawi is a writing system, not a language

Jawi script became prominent with the arrival of Islam. The alphabets were derived from Arabic language, but the writing system can be used to write any languages.

In Malaysia particularly, Jawi is used to write Malay language as an alternative script after Rumi, for religious, cultural, and certain administrative purposes.

Jawi writing is taught in Pendidikan Islam in schools, and this became part of the reason it is deemed as the Muslims’ language.

Jawi script has its own unique traits. Unlike Rumi script, Jawi is written from right to left, and there are six sounds not found in Arabic.

In short, Jawi consists of Arabic alphabets which can be used for the purpose of writing and reading Arabic, but it can also be used to write and read other non-Arabic languages.

The modern Jawi has also evolved from the old Za’ba Jawi spelling system.

The oldest remains of Malay language written in Jawi script were found on Batu Bersurat in Terengganu (Terengganu Inscription Stone) dated nearly 600 years after the date of the first recorded existence of Arabic script in the region.

Today, Jawi can be seen on ringgit banknotes, on street signs, and some people even put it on restaurant signboards.

Jawi writing was practised before and during the colonial days, and since then used in written communication in the Malay Archipelago.

It was also the official script for the Unfederated Malay States when they were British protectorates, and the key factor driving Malay language as the lingua franca of the nation.

With the ingrained Malay culture and values that Jawi represents, Jawi has been highly regarded as the traditional symbol of Malay civilisation.

However, the glory of Jawi in the early days has long faded away and been replaced by Romanised alphabets brought by western influence.

The use of Jawi diminishes with every year that passes by, and without preservation, the young generations will simply look at Jawi script without knowing how to read and understand it.

The picture below tells the story of how Jawi has become the forgotten writing system over time.

English translation: In the past, I was idolized and highly glorified. But now I am left out and abandoned. I am the writing that has no value anymore. Only waiting to be killed by my own nation.

Saving Jawi from extinction should be an effort from all Malaysians alike, starting from schools.

Creating a fun lesson for the pupils

School is supposed to be a place where students can learn in a welcoming and conducive environment. But sometimes, between exams and additional classes after school, it can be stressful.

The implementation of Jawi writing lesson can be made more creative with Khat calligraphy, an art involving tracing and copying the Jawi characters.

Learning Khat calligraphy is like learning a form of art that can be used for decoration. The use of special brush or pen will create a fun, stress-free learning session for the pupils.

If some students enjoy having fun during Pendidikan Jasmani (Physical Education), Jawi and Khat lesson should be perfectly drafted so it can offer them the same level of excitement.

Jawi writing is introduced in school to bring more interesting, educative lesson for the pupils, and not intended to deprive them of who they are. After all, Jawi is a part of Malaysia’s identity.

The same applies to everyone in the multiracial society of Malaysia who wishes to learn any beautiful languages and writings other than their own.

Instead of assuming Jawi lessons to be something bigger than it is intentionally announced, Malaysians should try to see the unifying value it could bring, if not for anything else.