The Unfortunate fate of foreign workers 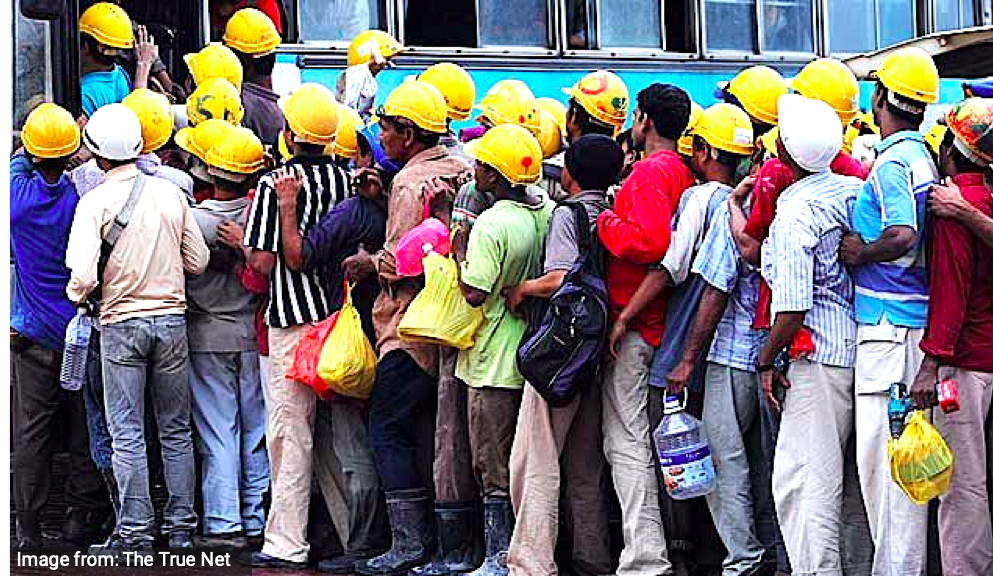 Adding to Malaysia’s multiracial society is the swarm of foreigners in the middle of busy cities, here to earn decent money for families back home. But many of their dreams shattered the moment they stepped into the cruel scene of migrant labours.

According to statistics provided by Ministry of Home Affairs, as of 2015, the highest number of foreign workers came from Indonesia with 835,965 people, followed by 282,437 Bangladeshis, and another 13,547 immigrants were from Thailand.

The history of Indonesian migrants goes back to before the British colonial era, during the Srivijaya and Majapahit administration. Records also show that interracial marriages between Sultanates contributed to Indonesians’ arrival in Tanah Melayu.

When the British claimed the whole territory, more Indonesians were brought in for labour.

The Bangladeshis, however, came in a group of 500 in 1986 to work in plantations.

Then, in 1992, Malaysia had an agreement on manpower exports with Bangladesh, Indonesia, along with Pakistan, the Philippines, and Thailand to bring in more workers from each of these countries.

Today, most Indonesians are found as labourers and domestic workers; Bangladeshis dominate the construction works, while most migrants from Thailand are working in food shops typically where people go to get Thai-original Tom Yam.

Although they may seem to be doing well on the surface, the challenges they face with the status as a foreigner don’t do any justice to the blood and sweat they sacrifice.

The foreigners migrated to Malaysia in the hope of providing better lives for their families back in their home countries, but the journey was not as plain-sailing as they pictured it would be.

To this day, the Bangladeshis who work at the construction sites, factories, and plantations as coolies alongside the friends from Nepal, Myanmar, and Cambodia; are exploited for their manpower on heavy lifting work.

The monthly wage is low, and the big part of the money has to be sent home, leaving only the leftover for food and transportation. Some are given a place to live in with no proper bed and bedding.

In a worst case scenario, the poor workers are chained, beaten, and deprived of food. They are forced to work without getting paid at all.

Many don’t get any leave days, while those that do can only get an actual rest for at least two days a month.

The alternative is to make a run for it, but running is never an option because their passports and other travel documents are more often than not confiscated by the employers. Attempting to do so will only result in these foreign workers becoming undocumented and their presence in the country considered illegal in the eye of the authorities.

But some of them do run when situations worsen and find a better job, but being an undocumented foreigners, facilities such as health treatment in hospitals are completely out of reach.

When they get sick, the only option is to fend for themselves because no one cares enough to help them get back on their feet.

A subject of crime and abuse

These same group of migrants also experience brutality and hostility outside of the working environment.

Walking back from work risks them getting robbed by locals. Irresponsible police also take advantage of them, bullying them into giving up money especially those who do not own legal documents.

Furthermore, Malaysia’s reputation is tainted when it comes to domestic worker abuse.

One of the worst cases date back to 2004 when Indonesian maid Nirmala Bonat was abused and tortured by her employers. During the eight months of working for the family, Nirmala suffered pain, humiliation, and physical and mental anguish.

Nirmala’s story has opened the door to many other homes where maids are nothing more than just slaves.

The sad truth is, they are not given food, forced to work long hours, beaten up over small mistakes, and some are even sexually abused. Their families’ safety is also threatened if they ever try to leave or reach out for help.

When asked about migrant workers, many Malaysians have strong opinions and negative impressions about them.

The migrants typically get blamed for crimes, are seen as a threat to the country’s culture and heritage, and do not deserve the same pay as the locals do.

The public simply do not realise the crucial role these foreign workers play in the country’s economy, and are always hoping for reduction in numbers of the migrants from year to year.

While the migrants from Indonesia, Thailand, and the Philippines may blend well in the crowd thanks to their Southeast Asian features, the Bangladeshis and the Nepalese are often mistreated.

Earlier last month, a former Grab driver Fadhli Sahar shared a story on his Facebook account about a car ride with three Bangladeshis. Fadhli wrote that the Grab requests from the three security guards were turned down thrice before he came and agreed to send them home.

Fadhli wasn’t comfortable the whole ride. He kept changing the air conditioning mode and lowering down the window because of their body odours, and the passenger sitting in the middle knew it.

As a token of appreciation for Fadhli’s kind gesture to bring them home despite the obvious uneasiness, the Bangladeshi tipped him with a RM50 note and insisted he accepted it when he tried to refuse.

Fadhli then expressed that the three Bangladeshis taught him an important life lesson, that they are also humans and deserve to be treated equally.

There is no denying that overflowing numbers of migrant workers may pose a serious consequence in the long term, but treating them with hostility for the sake of superiority is not the way to deal with it.

Malaysians need to be reminded that the migrants are not here to steal their places, homes, and rights, but they are here to work simply because their home countries cannot afford to hire them.

They may not have the same rights as Malaysian, but they too deserve a shred of empathy to live peacefully.