Ghosting on the Hungry Ghost Festival 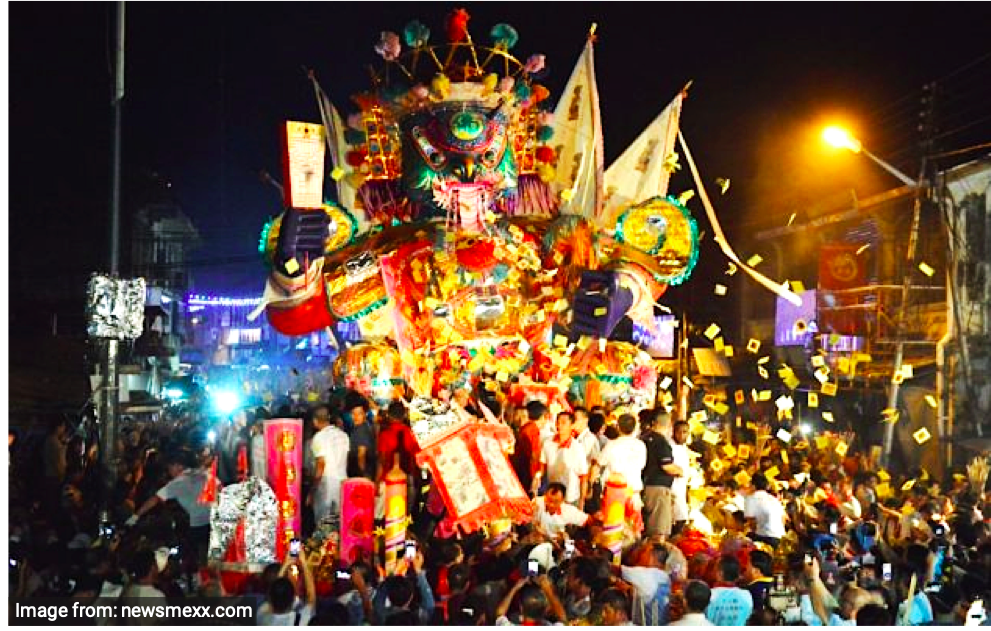 The traditional festival is a ritualistic time of offerings to spirits of the underworld. But it’s harder to get performers, and the turnout isn’t what it used to be, for the living.

The Hungry Ghost Festival is a tradition practiced mostly by Buddhists and Taoists to guide the spirits to and from the underworld and satisfy their hunger. Believers burn paper money and joss sticks as offering by the road side.

But the spirits might not always get the kind of entertainment they desire, especially when the tradition has so vastly changed since its earlier days.

The Stories behind the Hungry Ghosts

The Hungry Ghost Festival falls on the fifteenth day of the seventh month of the lunar calendar. The general idea of the festival’s history is widely known, but not many know that there’re many versions of the tale, depending on beliefs.

For the Chinese Buddhists, the story revolves around the theme of filial piety. A disciple of Buddha called Mu Lian, was worried about his deceased vegetarian mother’s well-being in the underworld, after unknowingly eating meat.

One version of the story said Mu Lian tried to feed his mother rice, but it turned into ash. Another tells how other ghosts snatched his mother’s food away. So, Mu Lian sought help from Buddha to relieve his mother’s suffering during a period every year, hence allowing her mother to be “fed”.

From the Taoists perspective, every July 15 is the birthday of the Hell King. The imprisoned spirits of hell are pardoned for a month period to feast on the offerings from the living.

In the meantime, the living offers sacrifices, chant sutras, and hold rituals to ward off these spirits, keeping them away from causing trouble to their lives.

As far as Chinese tradition goes, this one is not short of burning incense and joss paper. Though it is literally an unhealthy practice, it’s a part of the culture. Besides that, another prominent aspect of the festival is the performance.

Traditional methods of entertainment transformed from operatic troupes and puppet shows to Getai. Getai literally translates to “song stage”, whereby singers or performers get on stage to entertain people, the living and the dead.

But even this tradition is faced with a hurdle, when the living doesn’t show up to their performances anymore. The Getai scene in Malaysia and Singapore are rarely attended by locals, especially the youths. Most who attend are foreigners and the elderly.

Other than that, there’re donations for setting up performances during the festival have dwindled. An opera troupe could cost at least RM 4,000 a night, which isn’t cheap; while a puppet show costs RM 3,000 at the most.

Getai performers could sing more modern recognisable songs that’d attract younger audiences, hence increasing turnout and demand. But whether or not the spirits are entertained is a whole other matter.

The Dead Adapts Along with the Living

Despite decreased donations, the demand for it hasn’t, which is a problem for organisers. Hence, they have to come up with ways to blend with the technological age.

In Singapore, some Getai shows are live-streamed across Facebook, garnering more than 150,000 views. Physical turnout wouldn’t even reach this headcount.

Although it makes sense to entertain the living, we can’t neglect the spirits. After all, it is for them. Because for the past few years, even the items burnt for the ancestors are technologically evolving. Perhaps some spirits are part of the livestream count?

It’s hard to say how the younger and future generations will impact the festival. Ultimately, who’s to say what’ll happen to the Hungry Ghost Festival as time passes, when the only thing certain is it’ll adapt more to suit the living.