The Environment Hazard of Chinese Traditions 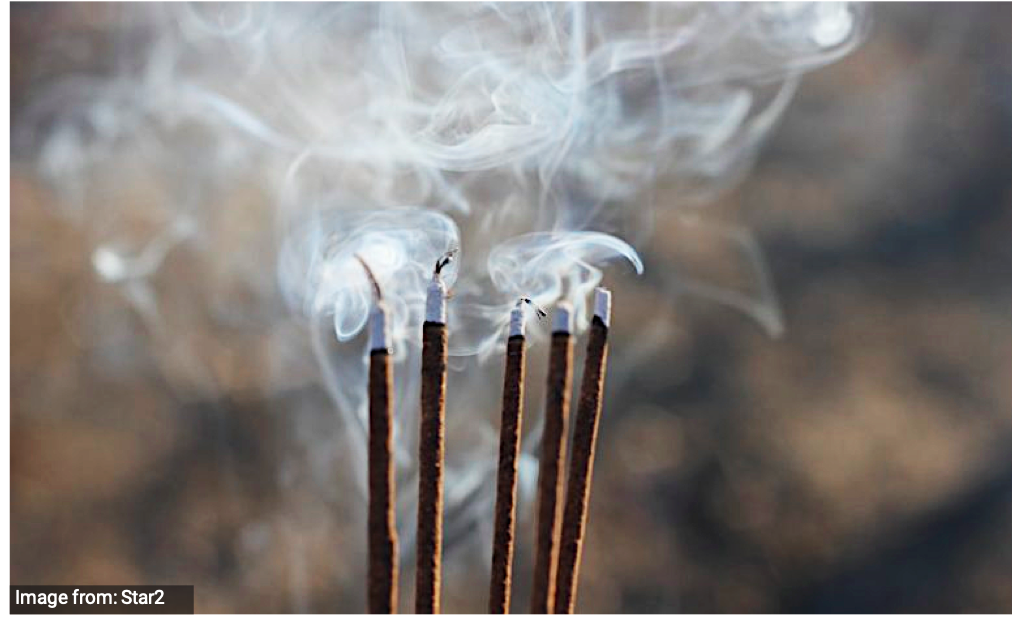 Burning offerings to gods and ancestors are one of the many ways Chinese worships. But pollution and environmental hazards may be getting in the way.

Living in multi-ethnic Malaysia allows us to witness a multitude of traditional practices. From Chinese religions’ perspective of burning joss paper, to erecting giant joss sticks during the Hungry Ghost Festival, people celebrate and worship with constant faith.

When it comes to tradition and historical practice, we tend not to question its cause and effect. Only a small fraction of people consider joss burning’s environmental effect. Some may turn a blind eye, even if they ironically advocate for better environmental health.

Used for funerals, worship, and prayers, this practice would not be doused out for a long time to come. But necessary steps taken to minimize its impact on the Earth’s fragile homeostatic temperature should be done swiftly.

For honour, grief, and celebration

It’s arguably one of the oldest traditions in Chinese history. Records show burning paper money dates back to the 2nd century, but became more prevalent in Chinese culture from the 7th century onwards.

Joss paper signifies spirit money, and was created by the Chinese as a way to send off their deceased into the afterlife. It’s believed that the departed would require money to spend after death, allowing them to have a comfortable time in the afterlife.

Periodically, people would also offer joss paper to their ancestors as a method of gratitude, honour, and remembrance. Because the Chinese also believe the ancestors would be able to bless over the fortune and fate of their descendants.

The same can be said for fireworks, except it’s used for celebratory purposes instead. Also invented by the Chinese, it’s clear it too leaves a lot of smog after blowing up in the sky. Sometimes its momentary beauty doesn’t outweigh the toxicity of the fumes.

People from the past won’t realize the impact these inventions would have across the planet. But with scientific data backing up global warming, it’s hard to say if the Chinese would suddenly curb this practice. No one smothers a thousand-year-old tradition in an instance.

Not the wisest tradition for everyone’s health

The most noticeable pollution from burning joss sticks would be the fumes they release. A study from Taiwan has shown these fumes were made from carcinogenic substances and 21 other hydrocarbons, as well as toxic metals.

The pollutants burnt from the joss paper and sticks are particularly toxic because of the particle’s size. What’s referred to as PM 2.5 readings, it’s explained as the atmospheric particulate matter that has a diameter less than 2.5 micrometres. To put a picture in mind, that’s 3 percent of the diameter of human hair.

These chemical components are very small. It could easily enter our lung capillaries. Frequent exposure may lead to premature deaths and other chronic respiratory diseases such as asthma, heart attack, and bronchitis.

Another study done in Thailand found burning joss sticks in temples are the cause of temple workers having large amounts of carcinogenic chemicals in their blood and urine samples. This makes them more likely to develop leukaemia, lung, blood, skin, and bladder cancer. That’s not all, further analysis found there was damage to their DNA structure.

These potentially cancerous substances are as fatal as they sound, because comparative studies showed that one joss stick has the same amount of chemicals as one cigarette stick, compared to non-smokers living in places free from joss burning.

Polluting the environment in the name of celebration and sorrow

Environment wise, nobody can be entirely sure of coming up with a way of burning items responsibly. And due to the fine particle size, they tend to linger in the air much longer than heavy particles. Not to mention the visual pollution that’s potentially hazardous for safety and scenery.

On top of that, the fumes released from joss stick burning can affect the chemical composition of bodies of land and water. It turns them acidic, further deteriorating animals’ health, and preventing plants from growing on overly acidic soil.

But the environment’s health status has become increasingly worrisome as we approach the future. With straws being discontinued and decomposing plastic bags being a thing, surely there’s a way to apply these ideas for joss stick burning.

Till now, the only suggestion provided for temple workers and worshippers were prevention. Extinguishing the joss sticks a minute after it is lit could potentially reduce health risks 30 times over.

Despite the suggestion, it might still be a wary move to implement. It is possible worshippers feel offended, as it threatens their personal culture and religion, citing angered gods and ancestors for not being fully devoted to.

Besides permitted use of joss sticks and paper, there isn’t enforcement to address the health and environmental issues in Malaysia. But other countries have taken some precautions to reduce its carbon footprint.

In 2017, the north eastern city of Harbin, China, has banned its 9.6 million population from burning joss papers in rural areas in hopes of decreasing air pollution. The city’s atmosphere tested for PM 2.5 particles, which puts it in jeopardy of serious risks.

Another plausible example can be seen from Singapore, showing how regulations can be implemented for joss burning under their Environmental Public Health Act (Chapter 95, Section 113).

Besides, Singapore also permits an individual to light no more than 6 joss sticks or 2 candles at properly elected premises only. Any person found guilty of an offence could face a fine up to SGD 2,000.

Currently, there aren’t any eco-friendly joss stick or joss paper created for burning besides fragrant incense. But there’s an environment-friendly burner itself that’s able to contain the emitted pollutants from joss stick burning.

Perhaps that’s a good start for temples and other places of worship. Also, inventing smog-free joss paper without heavy toxic fume emissions would be terrific, but that’s something that’ll take a lot of time and creativity.

When religion and culture is brought into discussion, it is easy to be politicised.