Unemployed, but not by choice 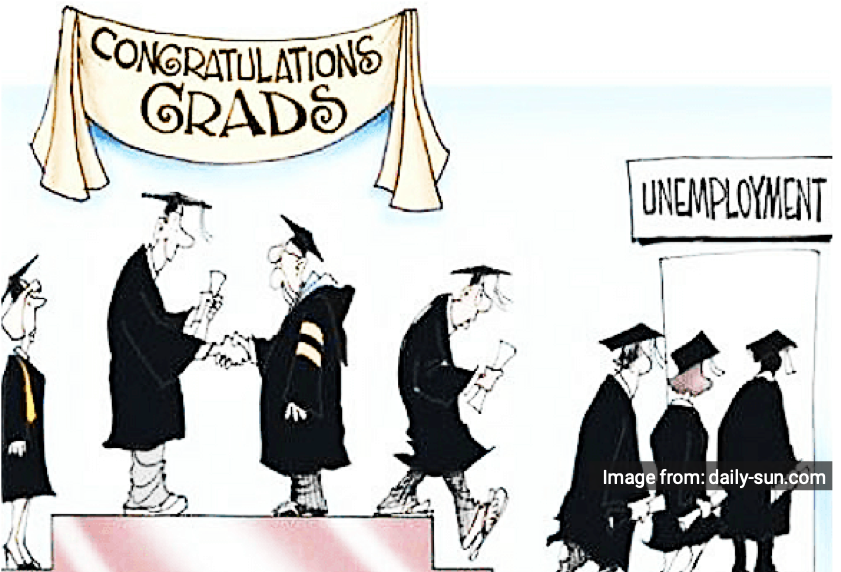 Youth unemployment is a rising concern, and the ones looking for a job are still the ones getting the blame for not getting it. Is it true that they are choosy about jobs?

All university students look forward to graduation day, because graduation means they are finally ready to face the outside world. Pictures are taken, flowers and chocolates become the perfect gifts, and mortarboards are tossed up in the air.

The future seems bright at the moment.

After the day passes, some think maybe they should spend the first few weeks at home, making up for the busy times at the university juggling exams and assignments. While some are already launching a quest to find a well-paid job – looking at job offers on the Internet and sending out resumes.

But a year later, many of them are still at home, checking the email box every day, which always comes up empty.

Jobs are limited, and the ones that they do apply to, have employers who always think the other candidate is a better choice.

Family gatherings are events to avoid because everyone they meet will be asking about their job. At this point, the future that was once bright is slowly looking bleak.

People are always quick to assume that fresh graduates are not working simply because they are choosy. But the findings of Khazanah Research Institute (KRI) report in December last year told a different story.

Although the number has dropped 3.3% in May, many youths are still helplessly but actively looking for a job – they make up the 60% of the 504,000 currently unemployed.

Lack of experience, English proficiency, and monetary issues are the usual reasons, but looking at different perspectives, difficult circumstances are also contributing to youth unemployment.

Jobs aren’t actually limited, but the high-skilled ones are

Bank Negara Malaysia (BNM) found that between 2010 and 2017, the number of tertiary graduates surpassed the number of job vacancies in the workforce.

During the period, out of 173,457 diploma and degree graduates annually entering the workforce, only 98,514 high-skilled jobs were available for them to apply. The rest were either forced to work low-skilled jobs, or left unemployed.

In addition, according to MIDF research, as of January 2019, the local labour market is dominated by low-skilled jobs with 77.6% of job vacancies for elementary positions.

Although demand was expected to grow in 2019 in the agriculture, forestry and fishing, manufacturing, constructions, and service sectors due to gradual pickup in global commodity prices and increases in government investments, the first half of the year only witnessed moderate job vacancies in the manufacturing sector because of global trade uncertainties.

Therefore, medium and high-skilled jobs only make up 10.6% of the vacancies, affecting Malaysian graduates whose skills are not compatible with the job offers.

In other words, many of them are overqualified and underemployed.

The common issue in the workforce is the lack of experience among the young applicants, but experience can only be gained only if employers are willing to give them a chance.

Age discrimination exists worldwide. Most research on this issue covers bias against older people in the workforce, but Forbes mentioned one survey that touched on the young employees’ perspective.

The survey found that some employers are reluctant to hire people under 30 due to reasons such as the young are “unpredictable” and “don’t know how to work”.

In other words, these employers prefer to keep the older workers than replacing them with new, fresh brains that most likely need long trainings that are going to cost the employers more money.

In Malaysia context, 2018 School-to-Work Transition Survey by KRI also revealed that employers typically prefer to hire workers aged 25 to 29 for high-skilled jobs, while workers aged below 25 are more favoured for low-skilled jobs.

This ties back to the lack of high-skilled jobs in Malaysia, but for the jobs that are available, employers prefer to hand over the positions to those with more experience, leaving the fresh graduates either unemployed or underemployed.

Adding salt to the wound, a proposition to raise the age of retirement from 60 to 65 was heavily circulated earlier this month, before it was opposed by Youth and Sports Minister Syed Saddiq Syed Abd Rahman so that the opportunities could be given to the younger generation.

Whenever the topic of joblessness is mentioned in a conversation, the youths are still quick to be accused of being choosy with jobs.

It may be true to a certain extent, but there is much more to this issue than fresh graduates declining job offers and demanding high salaries.

After spending three to four years in university to obtain a degree, it is only logical that one would want to work a job worthy of their blood, sweat, and tears and wish to be paid well for it.