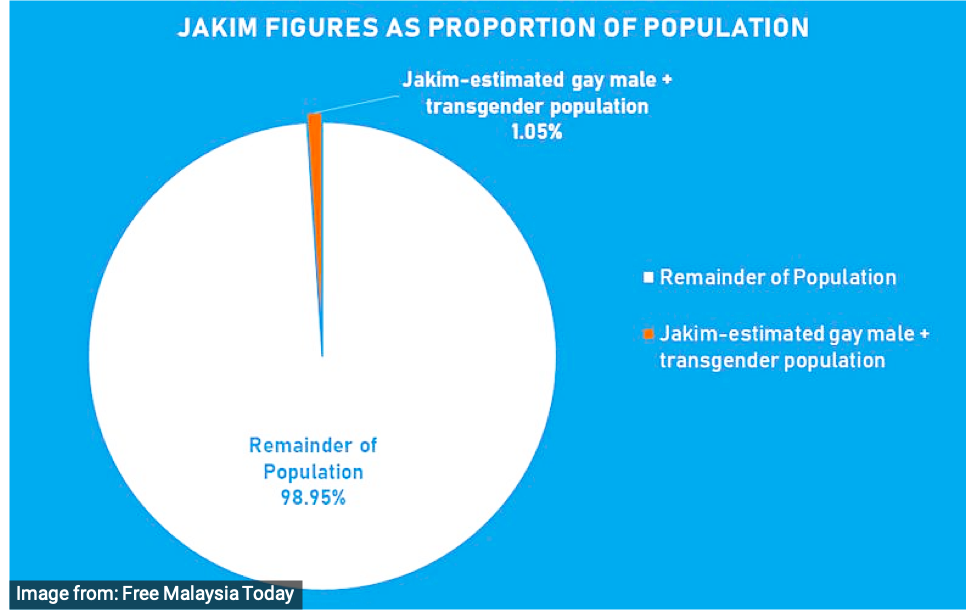 All they wish for is to be accepted into a harmonious society, but the reality is they risk arrests every day just by stepping out the door.

In a conservative community like Malaysia, there is little or no place for the transgender people. Life is difficult for them here, having never being accepted, always been stigmatized and faulted, and even disowned by their own family.

As if those are not enough, they are considered committing a crime and are subjected to punishment under both Sharia law and the penal code if caught. The rules are so strict that they are sent into narrow backstreet alleys especially during the night just to survive and make a living.

There is no changing gender on official documents

Most trans people experience the transition from the gender they were born with to the gender they choose to be during childhood. By the time they reach puberty with changes in all their bodies, that’s when reassignment surgery is needed.

However, two fatwas (religious edicts) released by the government stating all transgender activities as haram have scared doctors off from performing the surgery. Very few are still willing, and the surgery is typically done at a great cost.

For most, opting for an outside surgery is the best choice to stay out of trouble with the authorities.

But having been through a successful surgery and changing gender, consuming hormone pills or dressing in an outfit perfectly representing the newly-formed gender, the next challenge is to change their personal details on official documents.

The thing is, no matter how much money they have spent to get a complete gender transformation, on an identification card, a woman is still a woman, and a man will always be a man.

There actually is a legal precedence for this, but applications are most often than not turned down by the National Registration Department of Malaysia. As a result, they are sent back home with the huge disappointment of never getting approval to be who they want to be.

No one is hiring them for their intelligence

Like the cisgender people who go to universities to get degrees before landing a job, trans people also go through the same journey, only they are not offered the same liberty when it comes to job opportunities.

Jobs are limited, and in all the places that they go to try their luck, they are told to dress according to their birth gender. For transwomen whose identification card’s gender is male, they aren’t allowed to use the female toilets at work, and vice versa.

To rub salt into the wound, most employers are more interested in their bodies compared to their minds.

The fact that most of them are well-educated is often overlooked just because they don’t appear to be as what others expect them to be.

Judgmental eyes and discriminating minds are everywhere, and as a result, the only job fitting for them is in the sex industry.

According to SEED Foundation, a group dedicated for the welfare of the transgender people, 50% to 60% of transwomen resort to becoming sex workers after failing to secure a job that could earn them a decent living.

But even that is never truly satisfying because they have to be on a constant lookout for the police driving around in cars at night, waiting for the right moment to arrest them.

An object of harassment, violence, and crime

A survey by another transgender rights group Justice for Sisters shows that 67% of Malaysian transgender women experienced some form of physical and emotional abuse after switching their gender.

In 2014, Human Rights Watch did an interview with 40 transgender people and released it in a 73-page report titled I’m Scared to be a Woman. Each of them had a different story to tell, and yet all of the stories were filled with similar elements of harassment, violence, and crimes that went unnoticed.

Transgender rights activist Nisha Ayub was one of them, who recalled the arrest and three-month prison she underwent in 2000. She claimed to have been physically and sexually harassed by the warden and the other inmates. She was taken from one cell to another and forced to show her implanted breasts to them for cruel entertainment.

The same trauma was shared by other transwomen who got arrested. Others, have accused the authority officials of harassing them openly but any police report they tried to make were always ignored and quickly brushed off.

The lack of seriousness among the authorities and the fear of being ridiculed by the media are indeed strong, which lead most of them to avoid going to the authorities altogether, not to mention filing an official allegation in court.

The brutal murder of a transwoman Sameera Krishnan in 2017 was the boiling point of crime against the transgender people. Although police never ruled it as a hate crime, the minor community now live in fear more than ever that they could become the next victim.

The discrimination many still face until today is unscrupulous and simply unjust.

Islam prohibits transgender or any homosexual activities for that matter, and while there is no denying this, people often forget that Islam also practices kindness, peace, and respect.

While there is no denying that there is next to zero percent chance that the laws will ever be in the trans peoples’ favour, the objectification of these people in a supposedly harmoniously country to the extent they are treated atrociously, is inhumane and opposite of Malaysia’s renowned graceful identity.

It doesn’t take a big, influential human rights group to help these defenceless people. Humanity alone should be enough.