The outlooks on abortion 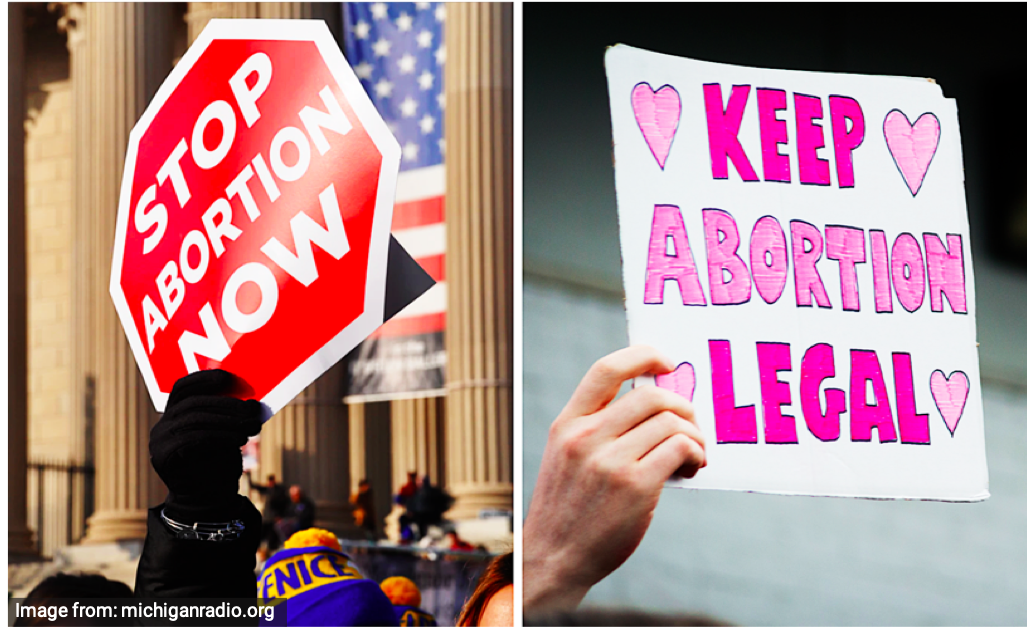 Abortion could be the path to equality sought by most women, or it could simply be the slaughter of innocent.

Abortion has always been a controversial issue – defined as termination of a pregnancy or removal of foetus by means of consuming certain drugs or emptying a woman’s womb through the process of suction.

While many modern-aged women believe that it is within their right to choose whether or not to carry pregnancies and go through childbirth, some are still tied to the religious beliefs and personal morals, hence, making abortion wrong by default.

Recently, Alabama passed the bill to ban abortion in almost all cases, including rape and incest, which sparked an outcry among women who wished for men to stop imposing rules on women, especially when their bodies are the most affected.

Malaysia is listed among the 24 countries which allow abortion to save the life of the mother or to preserve her physical and mental health. However, abortion law in Malaysia is actually a little more complicated than this, especially when the practice of Shariah (Islamic laws) comes into play.

Abortion according to Shafi’i

There are four main Sunni schools or mazhabs (groups of beliefs that differ from those generally accepted) in Islam: Shafi’i, Hanbali, Maliki, Hanafi. Although similar in faith and intention, each mazhab follows different interpretation of fiqh (jurisprudence) and rituals.

When it comes to abortion, there is no explicit text in Islamic jurisprudence from the Qur’anic verses and hadiths. Therefore, ulama (scholars) from each mazhab have come up with different opinions and views on the matter.

Following the Shariah, abortion is divided into two categories :

*Soul enters the foetus in the womb at 120 days or 4 months of pregnancy according to Islamic belief.

Since the early days, Malaysia has followed one main mazhab in practicing Islam, which is Shafi’i Mazhab. According to the majority of scholars from Shafi’i school (except Imam Al-Ghazali), (1) abortion in the first four months of pregnancy is permissible.

This opinion is also supported by the members of Encyclopaedia of jurisprudence issued by Ministry of Awqaf in Kuwait who say that abortion before the soul is breathed into the foetus is permissible provided that it is carried out with valid excuses and necessities in accordance with Shariah principle.

The valid excuses and necessities include (but not limited to) these:

“But Islam is also a religion of compassion, and if there are serious problems, God sometimes doesn’t require His creatures to practice His law. So under some conditions — such as parents’ poverty or overpopulation — then abortion is allowed…” (December 29, 2000).

However, if a woman decides (or is asked) to abort the pregnancy after committing unforced adultery, the act is deemed haram (unlawful) and is considered a sin.

The second type of abortion is (2) abortion after the fourth month, which is considered as killing another human, and therefore it is strictly prohibited.

There may not be a direct text in the Qur’an and hadiths referring to abortion, but there is one about killing oneself without right:

“If a man kills a believer intentionally, his recompense is Hell, to abide therein (For ever): And the wrath and the curse of Allah are upon him, and a dreadful penalty is prepared for him.”-  (An-Nisa’I, 93)

Taking a life is haram, therefore depriving the right of the baby to live is also haram.

Similar to Islamic practice, Malaysian Penal Code in Articles (312-316) prohibits abortion except in cases of necessity, e.g. the danger of the mother’s life if she proceeds with the pregnancy. Conditions that allow abortion are related to:

However, these conditions are only usually applicable for married women who have no choice but to go for Termination of Pregnancy (TOP) available at the hospitals in the Ministry of Health. For other women whose pregnancies did not happen by choice, such as being the victim of rape cases, or for the women who conceive due to lack of sex education, sometimes the only way out for them is to opt for illegal and possibly dangerous, abortion.

In April, The Malay Mail reported that there have been five deaths from illegal abortion pills acquired through online stores. According to The Mole, the price of the abortion pills from an online seller depends on the duration of the pregnancy. Two-month pregnancy could cost up to RM470.

Another option for unwed pregnant women is to seek out illegal backstreet abortions. Some clinics in Penang and Klang Valley are said to be providing abortion services to women in desperate need of abortion with price range from RM500 to RM2000.

Performing abortion illegally is subject to punishment under the Malaysian law. Anyone who causes abortion before or after the movement of the foetus, be it the doctor who performs the abortion or the woman undergoing it, may face imprisonment or fine or both. If the abortion attempts cause death, the punishment will be more severe.

Not only do the rules on abortion drive some women to go for illegal abortion, the stigma surrounding the issue of out-of-wedlock pregnancy also pressured them into terminating it without much thoughts of the consequences.

When Islamic jurisprudence and Malaysian laws collide, both see abortion as illegal, but it could be allowed under certain circumstances.

Abortion divides people into two groups: the pro-choice (abortion-rights) movement and the pro-life movement. Both sides use different arguments that could feed their own agenda. While the pro-choice promotes abortion as a way to empower women, the pro-life insists in connecting women in crisis to community, education, and resources which offer them true empowerment.

It is difficult to say which side is right or wrong. Legalizing abortion may help in preventing the risky self-induced abortion and saving the woman from dying because of a grave mistake, same as prohibiting abortion may result in saving the life of a defenceless human being from the violence of abortion.