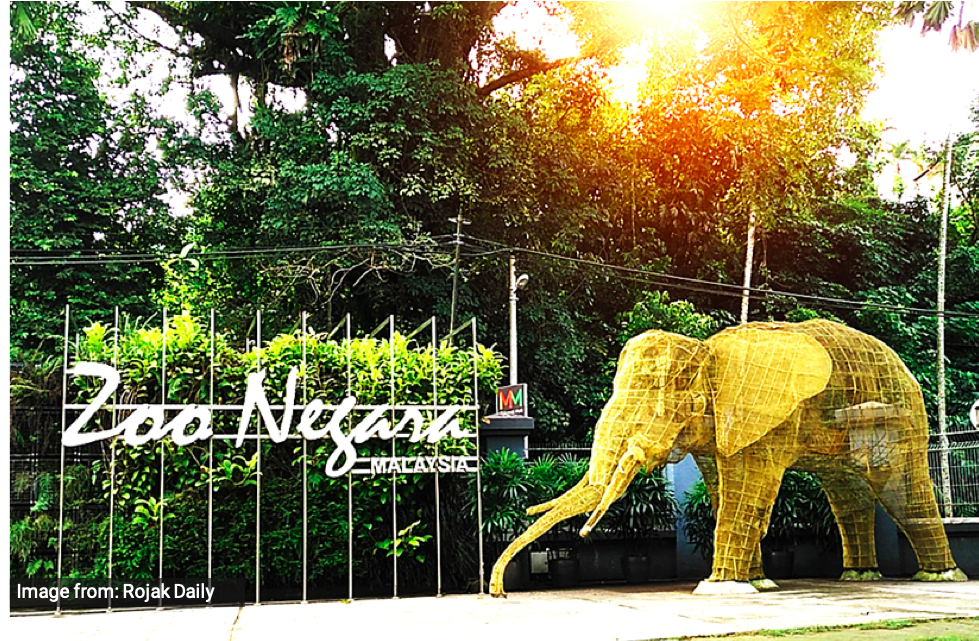 The Zoo Negara is struggling to survive, while some people blame it on their high entrance fees, others point the finger at the animal welfare groups.

Recently, Zoo Negara was in desperate need of financial supports to cover the operational costs and the care for its animals, especially the endangered Malayan tigers.

The lack of funds to ensure the survival of the zoo is mostly because of the lack of visitors since 2015.

Thanks to the arrival of Panda duo from China, Xing Xing and Liang Liang, the number of visitors hit 780,000 in 2014. However, the number reduced to only 368,000 visitors last year.

The downfall of Zoo

While some people are puzzled as to why Zoo Negara is struggling to survive, a stroll on social media tells a bunch of stories that could fit as reasons.

One of them tweeted:

“The entrance ticket is very expensive… Have to think twice to bring the whole family as it could cost up to hundreds ringgit. If they lower the price around RM20 then maybe more people will go and visit the place.” – @yaya_mscy, 18 May, 2019

The entrance fee is set to RM45 for adults and RM18 for children.

While many criticize the price as being too expensive, there are people who think it is fitting for the sustenance of the wildlife and they are willing to pay more knowing the money will go to the animals’ welfare.

When talking about animals’ welfare, some see caged animals as a form of animal abuse. Wild animals belong in the wild, not locked up and be presented as an entertainment.

“I don’t support zoos. The animals should be released into their own habitats. Not in that cage.”

This calls for a question: are zoos good or bad for animals?

Years before, steel and cement were used to cage the animals, but they had been traded with more natural-looking terrains that resemble the animals’ natural environment.

It may not be 100% similar, but zoo environment has become more convenient and habitable.

As for forcing wildlife to stay indoors instead of letting them roam free, a twitter user responded:

“Many zookeepers gave the same answer when asked, that the animals they care for have been there since they were babies so they are used to the environments in the zoo. They were not hunted or caught in the wild.” – @hattaafth, 18 May, 2019

For example, the breeding program for Malayan tigers has ensured the birth of three tiger cubs, which are now isolated with their mother Kayla in Zoo Negara.

According to Zoo Negara’s Zoology Dr Mat Naim Ramli, the cubs will not be released into the wild because their natural instincts have been curbed. The only way for them to have a future is to remain in captivity.

Furthermore, Zoo Negara is also fulfilling its goal as an education and research facility. True, all these only benefit humans in the end, but the endangered animals could at least also benefit from the conservation program.

Above all, lack of promotion also comes into play. Back in the 80s and the 90s, Zoo Negara was famous because of its active promotions and numerous commercial tie-ups.

But when the efforts to promote the zoo died down, people stopped seeing the significance of going.

Although the zoo is managed by the NGOs, some Malaysians suggest for it to cooperate with government agencies such as the Tourism, Arts, and Culture Ministry.

If Zoo Negara is listed as a “must visit” place in the itinerary, the chances of foreign tourists to come and visit could be higher.

Before this, the zoo used to depend on the five-year federal grants of RM5 million from the government, but the grants ended in 2004.

The one-off federal aid has kept it running ever since, but with the cost of Malayan tigers’ care reaching RM500,000 a year, the zoo is now barely surviving.

After the article by NST went viral thanks to the Twitterers, a large crowd flooded Zoo Negara during the long weekend as a show of support.

Although the number of visitors may have spiked over the weekend, it is still doubtful that it will remain that way until the end of the year.

Take Xing Xing and Liang Liang as an example, the two Pandas which used to attract people to come and earn Zoo Negara a very high number of visitors in 2014.

The Pandas are still there now, but the only people seen on the usual weekends are the volunteers who pay RM30 for a chance to work at the zoo.

If such strong publicity could die only within a year, a simple viral post on social media will not guarantee that the visitors who were there during the weekend will come back in the future.

Long-term improvements can not be made until the root issues are dealt with.