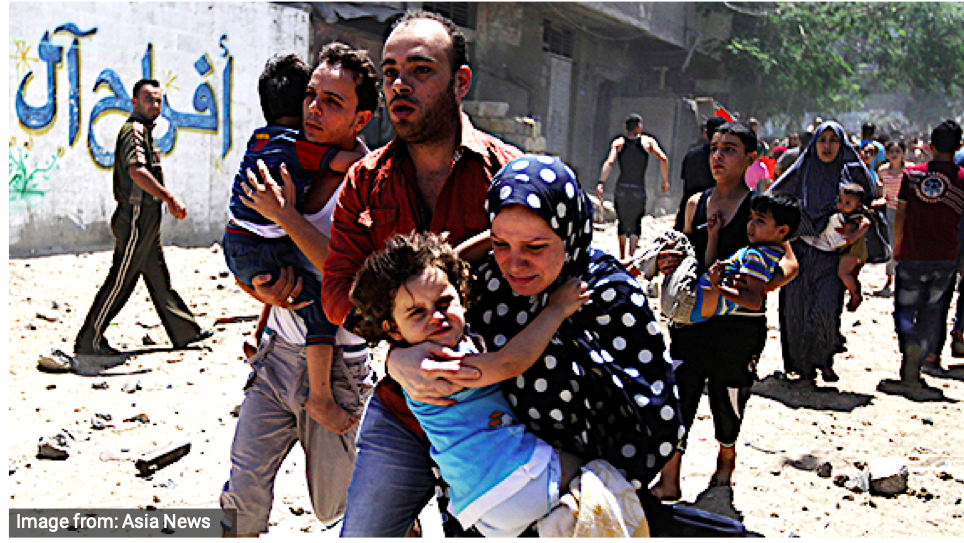 The Israel – Palestine conflict is complicated and bloody. But historically, the British might be the ones who started pitting them against each other. Nevertheless, Malaysia and many other countries recognise and support Palestine as a whole.

The ongoing feud between Palestine and Israel is a common feat on international news, but not many fully understand the motives behind its historical struggle. Both sides played a part in it, but they may not be the primary causality.

As it happens, most Islamic countries, along with Malaysia, undoubtedly support Palestine. Some governments further seal their notion by not carrying any diplomatic relations with Israel, and recognising Palestine as a country.

While the battle carries on from the previous century, countries from all over the globe take sides on the matter.

Their history has greatly affected both population’s growth through the decades. Comparatively, Israel has a steadier growth compared to Palestine.

The history behind this incident is excruciatingly extensive. In brief, what started out as territorial dispute turned into massacres and controversially bordered lands.

Contrary to popular belief, the conflict did not stem from religious disagreements from hundreds of years ago. As a matter of fact, the events after World War I, and British ruleh sparked it.

During the British rule, they tried to gain the favour of the Jews, and promised the land to them with the Balfour declaration. At the same time, the Jewish were developing their own nationalistic values known as Zionism, a religious movement for the Jewish people to deservingly re-establish their community in Israel.

This contradicted the fact that the British had also promised the people of Mecca an independent Arab state and claim to the land. But this promise was deemed controversial when the British denied that Palestine was included in the promise.

The Meccans were seemingly unhappy with the declaration, but then came the events of the Holocaust. The mass genocide that killed millions led to a spike of fleeing Jews into the already Arab – Palestinian inhabited land. To begin their establishment, the Jews occupy land and labour, forcibly evicting Palestinians elsewhere.

This led to the Palestinians causing a violent uprising to reclaim on their territory. The British, with the help of the Jews, suppressed the revolt. And this led to an establishment by the British of limiting the number of migrating Jews, leaving no party satisfied in the end.

After World War II, the British handed years of escalating tension to the newly formed United Nations to resolve the conflict. The UN then partitioned a joint-state for both parties, which did nothing to help and also lead to an Arab-Israeli war, ending in the Arab-Palestinians’ defeat.

Not long after, another war coined the Six Days War, broke out and was the downfall of the Palestinians. This time, Israel won and occupied more land than the UN had initially given them, making Palestinians the largest stateless community in the world.

The UN again stepped in with United Nation Resolution 242, which mentions that both parties must reside with each other in peace and that Israel withdraw from their conquered territories. This benefited the Palestinians more but presented a challenge to most already settled Jewish people.

This is now impacting the present conflict as some Jewish settlers have already occupied what’s supposedly Palestinian territory and are refusing to back off. This led to a First and Second Intifada (uprisings) from the Palestinians which collectively killed thousands of militants and civilians from both sides.

The below images reflect the more recent fatalities of the ongoing war. A spike in Palestinians and Israelis deaths in 2014 resulted from an attack from Israel on the Gaza strip.

In the eyes of most, the Jews are breaking international law by staying on supposed Palestinian territory. What followed were more protests and attacks, construction of walls, and a military occupation ruled by the Israelis. Their disputes and competing nationalism carry on till this day.

Support from Malaysia to Palestine is crystal clear

Besides a ban on Malaysians on travelling to Israel, there were many other occasions that are evident that Malaysia does not want anything to do with Israel, while giving extensive aid to Palestine.

More recently, Malaysia’s Foreign Minister Saifuddin Abdullah proposed to open a Malaysian embassy in Palestine, but it was deemed impractical at the moment due of the ongoing conflict. He said this would also ease the process of Palestinians in Malaysia to return to their home.

The harbouring of Palestinian refugees clearly reflects Malaysia’s position in the dispute. Prime Minister Tun Dr Mahathir Mohamad had also countlessly voiced his concern over recognising Palestine and condemning Israel for their actions, mostly citing Israel’s violent actions and sympathy for Palestinians for his stance.

Not long ago, Malaysia had also banned Israel athletes from competing in the World Para Swimming championship supposedly held in Kuching. Although faced with backlash from the International Olympic Committee and stripped of its hosting rights, Malaysia stood its ground.

These actions were controversial, as some viewed it as a missed opportunity to host an international event and was discriminating to the innocent athletes, but others take it as Malaysia’s stance against Israel’s past and oppression of the human rights.

In addition to that, the Malaysian government has urged 12 universities in Malaysia to offer scholarships to Palestinians, which claim to be personally funded by the respective institutions, as another way of supporting Palestine.

Malaysia is not alone to support Palestine, but should put Malaysians before them

The ban on swimmers and scholarship sponsors puts the Malaysian governments’ priorities to a debate. With TAR UC (Tunku Abdul Rahman University College) funds being cut and multiple failure to revolutionize Malaysia’s education system, it’s easy to see why some think the government’s concerns do not lie where they should.

In fact, Malaysia has respectfully earned the praise of multiple Arab countries for their strong support for Palestine. But Malaysia isn’t the sole assistance to Palestine, as there are others among a group of countries under the Arab League of Boycott Israel, which includes Brunei, Bangladesh, Pakistan and more.

As for non-Islamic countries, many European and British public figures have recently urged their followers and the BBC (British Broadcasting Corporation) to not broadcast and boycott Eurovision 2019, a popular European international singing competition, for being held in Israel.

Academically, the New York University Department of Social and Cultural Analysis had pledged to not cooperate with the university’s study abroad program in Israel, as to uphold their belief of human rights. Surprisingly, the late Professor Stephen Hawking too backed the boycott of Israel by pulling out of a conference hosted by the Israeli President.

Clearly, Palestine has its fair share of supporters, but the same can be said for Israel. Even though the war doesn’t seem to be ending in the near future, the outcome of whichever will possibly end in more bloodshed, judging by how both sides slaughter each other.

In this situation, two wrongs don’t make a right. Whereas neighbouring countries and Malaysia can only contribute so much, as to not neglect its own citizens. Hence, if more aid is to be provided, they could first better themselves before extending another helping hand.