e-cigarettes: the lesser of two evils? 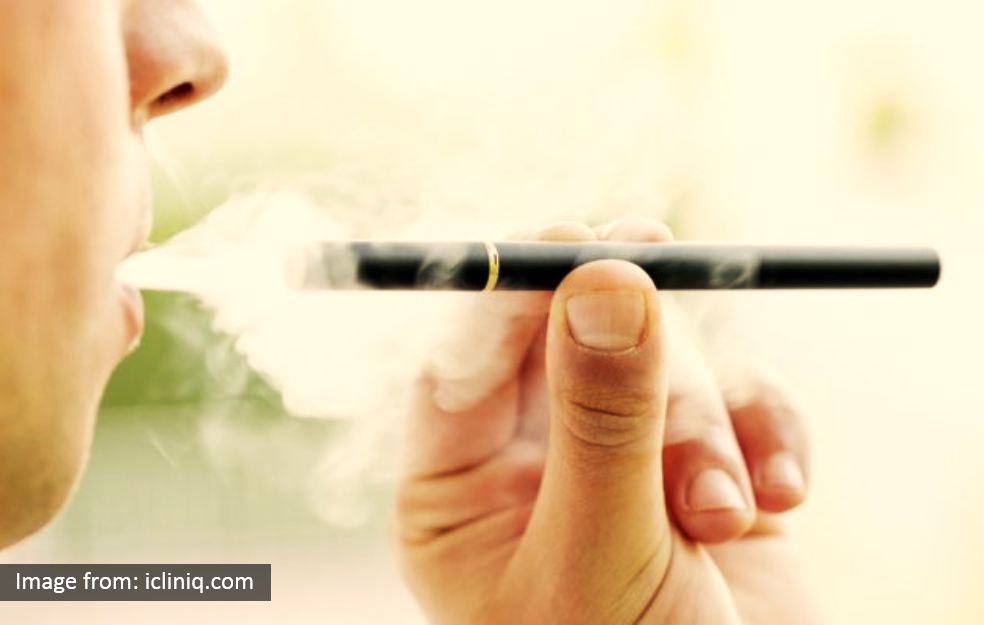 Electronic cigarette was said to be the “lesser evil” between smoking and vaping, but after twelve vaping-related deaths have been reported in the US, the claim that vaping is a good alternative for those looking to quit smoking might prove to be just a myth.

In 2015, a female patient was taken to a hospital in West Virginia in the United States for acute respiratory illness. The doctor who treated her suspected her of suffering a mysterious case of lipoid pneumonia. The possible cause for it: vaping.

Four years later, twelve people have died of vaping-related lung injuries, and another 805 cases of lung illnesses have been confirmed to be tied to vaping.

The Centers for Disease Control and Prevention’s (CDC) study on 500 patients, found that 70% of them used e-cigarettes containing THC, a substance commonly found in marijuana, and another 16% used the ones containing nicotine.

Vaping trend bloomed in Malaysia in 2015. Many locals began to set up shops selling vaping devices (known as ‘pen’ or ‘mod’) and juices on the corner of every street.

There is hard evidence that smoking cigarettes is damaging for health, especially the cancer-causing substances found in the cigarettes; so smokers found vaping to be an alternative to smoking.

Everything was looking fine for the vapers. Not only did buying the juices save them a lot of money, vaping was also said to be a safer option compared to smoking.

The booming business placed the vape industry in Malaysia as the second largest in the world after the United States, and also the biggest in Asia.

However, while the newly-discovered market was thriving, that’s when the illegal trade began to slip through the cracks.

The juices – the flavoured liquid which are vaporised into a mixture of chemicals into the lungs when puffed – typically contain 95% of propylene glycol and glycerine, while the balance 5% are for the flavouring and additives.

But in some cases, like the ones in the US, the 5% may also contain nicotine.

The illegal vaping market is big

In Malaysia, the supply of any products containing nicotine is only allowed for licensed pharmacists and registered doctors. Others caught selling nicotine are considered violating the Poisons Act 1952, Sale of Drugs Act 1952, and Control of Drugs and Cosmetics Regulations 1984.

Despite being deemed haram by the Fatwa Council, the market for vape liquid (or e-cigarettes refills) containing nicotine is big.

While there is no mention of vape liquid containing THC yet, in August this year alone, Malaysian authorities confiscated 66,988 containers of the nicotine-contained liquid worth RM1.4 million.

Japan Tobacco International (JTI) Malaysia estimates the overall illegal vaping market in Malaysia to be at some RM2 billion. Together with illegal cigarettes, the total illegal market accounts for approximately 70% of total consumption.

JTI Malaysia also mentions that 90% of vape liquid are laced with nicotine, which is proven to be addictive among the users. To make matters worse, the ones consuming the liquid are no longer only average smokers, but also school students.

After the big hit in 2015, the vaping trend slowed down in the next few years. But now it’s picking up again, this time among the youngsters.

But a more shocking finding is the vaping trend among school students.

According to Child Mind Institute, e-cigarettes are now the most frequently used tobacco products among adolescents worldwide, with some 2.1 million middle and high school students being e-cigarette users in 2017.

Pictures of a group of school students puffing smoke out of vaping mods went viral recently, signaling the reality that vaping habit is becoming a trend that Malaysian school students, as young as the first graders, pick up to look “cool” among friends.

But many of these students don’t look for the e-cigarettes on their own. Adults looking for opportunities to make money are targeting them by selling vapes for only RM50 to RM100, or renting out vapes for RM20.

Vapes come in many flavours, have perfume-like smells, and are easy to pose as a harmless flash drive, which are the reasons more and more students are jumping on the vaping bandwagon without being aware of the consequences.

Not to mention the easy process of online purchasing, one doesn’t need to leave the house to get the refill for the vape juices.

The death toll has launched studies on the impact of vaping or smoking e-cigarettes on vapers’ health.

Even without nicotine or any flavourings, inhaling e-cigarettes has an immediate impact on the vascular system. Throw in nicotine, the e-cigarettes become highly addictive, can harm the development of adolescent brains, and can also cause seizures, coma, and even death.

With more reports on vaping-associated lung diseases coming in, at this rate, the school students will have lesser chance to make it through adulthood especially if the liquid they inhale contains nicotine, or God forbid, THC.