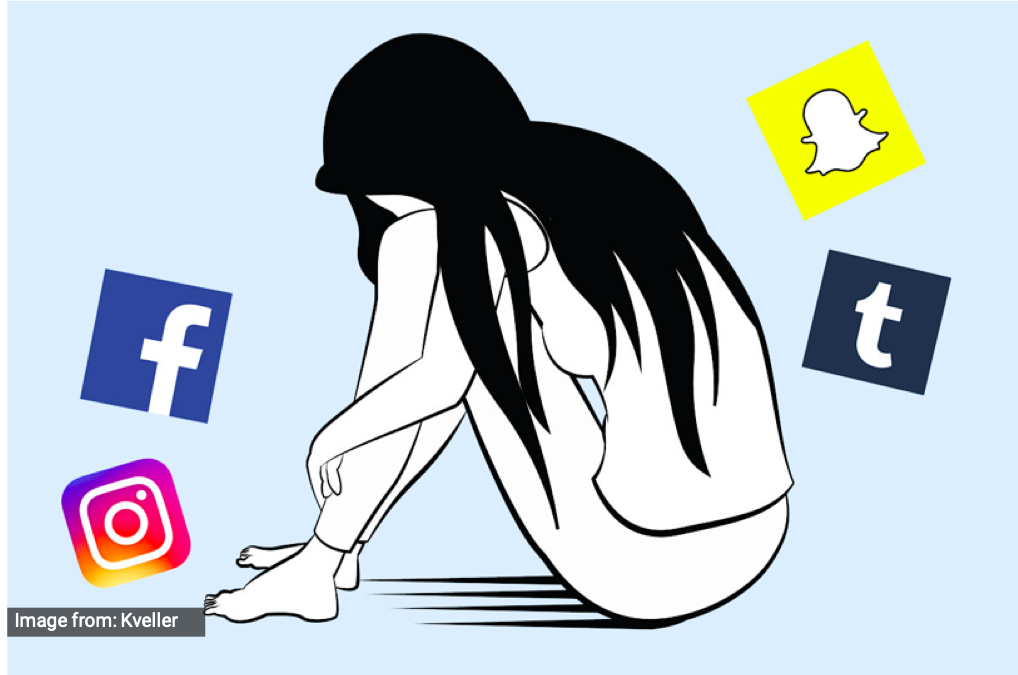 Online networking affects perception, judgement, and public approval; so much so that people trade their lives for it. The fault doesn’t lie with any specific generation, but perhaps the evolution of societal norms.

Making headlines everywhere, a Sarawak teen jumped off a building after her Instagram followers unknowingly voted for a very vague poll on whether she should kill herself or not.

To provide context to the incident, the teen only asked: “Really important, help me choose” in her post; and the choices were either “L” or “D”. Nobody expected such an ambiguous question to be a life or death situation. But it goes to show how fragile life can be with a tap on the screen.

The fault shouldn’t lie on the victim or her followers. For all we know, there are underlying reasons for her attempt that may never see light.

Suicide and self-harm stem from many places, but social media has been playing a big part over the years. Social media’s use or harm has been debated countlessly, yet every generation of people surround themselves with it as regularly as breathing.

Malaysian social media users typically spend a big amount of their time scrolling around, with Facebook taking the top spot as the most frequently used.

Unlike generations from way back when technology didn’t put people at the forefront, they were shielded from anonymous judgement and relied on real-time comments and social cues to interpret information.

Now it seems things have changed. While everyone holds a smartphone with the ability to show themselves off with a few taps, peer pressure has taken a whole new level at this stage.

This is where the potential criticism comes in, because people have nowhere to hide from all the social judgement.

Research has shown this exists, and it affects mental health when people compare their likes with others, opening doors to anxiety disorders and crippling self-esteem. Opening and closing apps constantly to check on the number of likes is one of the “symptoms”. This is why Instagram has been experimenting on hiding the number of likes from other users.

The pressure makes it more likely for generations of this decade to succumb to impressing each other through their social media postings. People actually obsess over how many likes a post gets, and it’s not a healthy sign. With some going as far as deleting their post if they get insufficient likes.

As if not time consuming enough already, Malaysians waste away their time by spending an average of 1 to 4 hours a day on the internet; with those around their 20s using the internet the most often.

Social media criticism can very easily destroy confidence, especially if that person has some sort of depression or anxiety disorder. Nobody likes criticism, unless taken constructively, someone might deem it very harshly and may lead to self-harming behaviours.

It’s also easy for people to find themselves numbed from the cries or depression and violent tendencies, and it’s reflected in the staggeringly high and growing suicide numbers.

The media changes our perception of suicide and violence

Suicide is so common and trending that approximately 1 million people die from it every year, turning it into one of the leading causes of death in the world.

Unlike sickness, suicide doesn’t have to happen.

Malaysia’s suicide statistics stray no further. Statistics from Malaysian police claim 500 people committed or attempted suicide every year, and the ratio of males to females with successful attempts were approximately three to one. Most commonly cite finance, stress, family, romantic relationship, and studies contributing to their attempts.

Mass media has totally flipped the table on people’s way of viewing death.

The media in popular culture showcase many instances of violent murders and inhumane butchering, such as Game of Thrones or The Walking Dead. Surely the show makers try to exercise their creative vision in a more realistic manner, but it isn’t up to them when it comes to censorship.

Frequent exposure to all that the internet holds can be quite scary for parents with young children, because they in turn can be more desensitised by the fictional violence, and in turn to the real ones too. Some observe that youths are not challenged by death anymore due to its normality.

Japan has a suicide forest as a hot spot for people who commit suicide. Popular YouTuber Logan Paul filmed himself with a dead body in that forest and was heavily criticised. The whole ordeal was drastically publicized for its poor taste and affecting Japan’s tourism industry.

But with a 15 million following on Instagram, he bounced back to fame in no time. It shows how people are quick to forget what they were mad about, and how unimportant and lightly shaken people are when it talking about suicide.

Suicidal tendencies and self-harming disorders can be “invisible” killers without warning, hence why prevention is pretty difficult to achieve.

Children can be so easily influenced and too absorbed with what’s trending that they could not differentiate right from wrong. Take the Momo challenge hoax for example, the eerily looking figure that convinced children to enact self-harming behaviour and suicide. It unexpectedly went viral and many participated, unfortunately taking a few lives with it.

As social media ingrains itself into our daily routine, a total restriction to the internet for youths might not work, as forbidden fruit tastes that much sweeter. Naturally, humans do not like to be restricted, and more of it will lead to retaliation. Also, this move would just shelter youths from its dangers temporarily, but soon enough they’ll grow and curiosity would get the better of them.

It’s better for parents to explain at an early age the dangers of self-harm and suicide to children. Sadness and depression can be emphasized, but always remind them of being loved during explanation. It’s always better they hear the truth from someone they trust rather than exploring it for themselves.

At the time being, the best possible step for social media is to flag potentially harmful posts, enabling moderators of the sites to take notice and carry out preventive protocols. Other than that, people need to realise what consists of a potentially self-harming post. Help from other users can come a long way to aid in this.