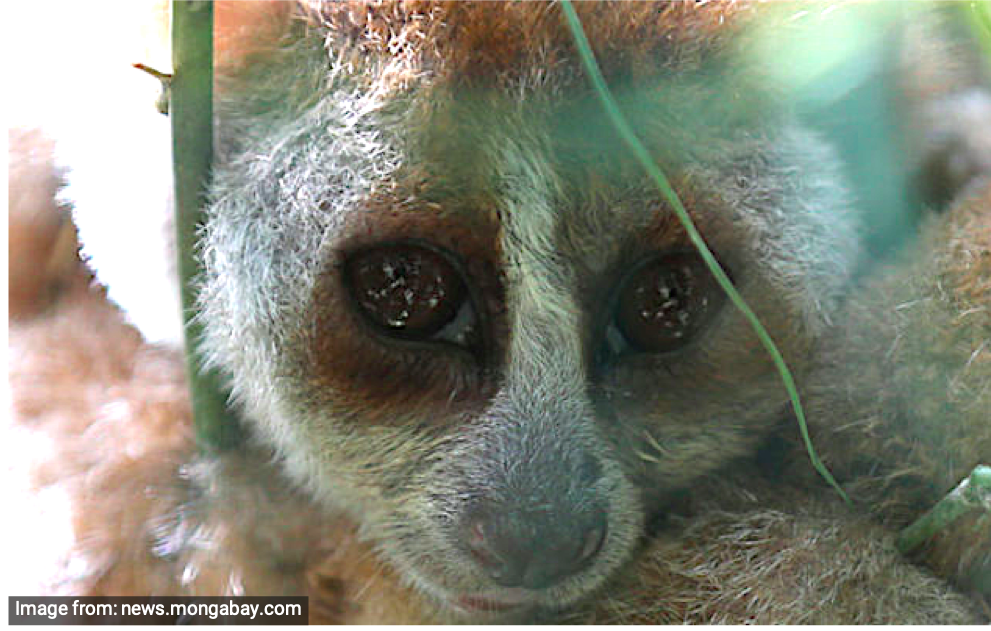 Questions may be asked as to why it is so easy for traffickers to make a career out of illegally trading animals in Malaysia. One of the clear answers is: social media. (The second part of Wildlife Trafficking series is available here.)

“If something can be sold illegally, researchers say, it’s likely being sold somewhere on Facebook or Instagram.” – LA Times

Backing up a little bit; before the poor baby gibbon died, its owner went through a trouble-free process to obtain him.

The owner saw its picture on Facebook, looking all cute and tame, and decided to purchase it from the broker.

Bargains and deals were done through chat messages, as easy as buying a new pair of jeans.

The Wildlife Trade Monitoring Network TRAFFIC reported that Facebook use for wildlife trade is the highest in Malaysia out of all Asian countries. As of 2015, the NGO had monitored 14 Facebook wildlife-trading groups with more than 67,500 active members.

Online marketplace for exotic animals is huge and undisturbed.

All a seller has to do is upload a picture of a rare, exotic animal curled up in the palm of hand with a caption describing the species and the sale, gain thousands of likes, and a prospective buyer will simply send a message expressing the interest to purchase the animal.

Social media, especially Facebook and Instagram, act as digital billboards where animals can be advertised as pets, as well as for their meat, organs, and body parts. As stated previously, body parts are widely used for traditional medicines and for arts and decorations.

The fortune they earn keep the traffickers wanting more.

Owning exotic pets is prevalent among Malaysian celebrities, especially the primate species, even if it means the pets will die under the false care and living away from their natural habitats.

The pictures and videos posted on social media are often misleading. Those big “smiles” seen on primates’ faces are not an expression of happiness but fear grimaces displayed due to the aggression they are subjected to.

Believing these “cute” acts as a sign of tameness or domestication, more people are eager to own at least one of them, blissfully ignoring or simply having no knowledge of the fact that the animals are in great agony.

One of the biggest examples of online traffickers selling exotic pets in Malaysia is Kejora Pets. Slow lorises, eagles, owls and leopard cats are among the wildlife taken from the wild to be sold as pet.

Although efforts have been done for years to monitor and prosecute the mastermind behind the organisation, it continues to thrive on the money gained through the suffering of animals.

Malaysia’s wildlife act doesn’t address the posting of protected animal species for sale on social media. Armed with this loophole, traffickers like Kejora Pets continue to skirt around it, dodging arrests and prosecutions.

They never have to be afraid of the consequences because it is difficult for the law to touch them.

Another advantage of using social media as a platform for wildlife trade is the traffickers can hide behind anonymity. They only have to surface on the Internet when an animal is ready for sale, never actually being caught in an illegal possession of the animal.

But, in some unfortunate cases where they do get detected, getting away is as simple as deactivating the account and re-emerging with a new identity days later.

In addition, encrypted messages and chats are making it harder for authorities to crack and track the traffickers down. Other than WhatsApp, Facebook now is also pivoting away from public sharing and moving towards encryption.

Buyers and sellers can deal in a private chat group or password-protected forum. The secretive nature of social media provides both sides with opportunities and little chance of ever getting caught.

Soon, tracing the online traffickers may be near impossible.

Malaysia is blessed with variant wildlife species, but poaching and trafficking activities are erasing the already endangered animals and endangering the vulnerable ones.

Not only does this affect the animal populations worldwide, it also disrupts the balanced ecosystem these animals are supposed to keep.

Malaysia’s name is tainted as a popular stop for wildlife traffickers, but global-scale effort can still be done to wipe the slate clean.

“The greatness of a nation can be judged by the way its animals are treated.” – Mahatma Gandhi