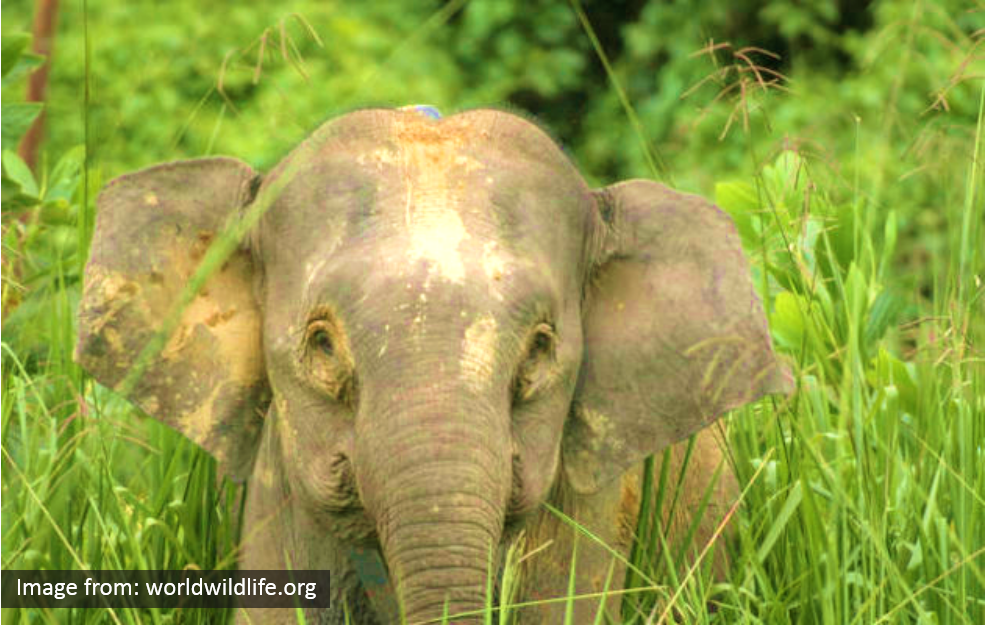 After the Sumatran rhinos, Sabah is losing another precious wildlife species: the Borneo pygmy elephants.

Baby-faced with small heads that make their ears appear larger, long tails, and tusks shorter and straighter, researchers believe that this species came to be as a form of a gift from the sultan of Java to the sultan of Sulu more than 600 years ago. After some time, the captive elephants were released into the wild and some of them ended up in the forests of Borneo.

The elephants were declared extinct in Java during the 18th century, but those tucked away in Borneo somehow found their home and have evolved into what is known today as Borneo pygmy elephants. This is why a DNA analysis carried out in 2003 found that these elephants are genetically distinct from other Asian elephants, therefore recognising it as a different subspecies.

Pygmy elephants are the smallest elephants in the world, even smaller than their other Asian counterparts.

While African elephants were heavily falling victims to illegal poaching activities over the centuries, this Asian elephant species was thought to be safe from the hunters. But since China banned the African elephant ivory trade by the end of 2017, the poachers have turned to Borneo for replacement.

Although the rampant killings started in 2014, the ban led to the pile of bodies found in 2017 and 2018, and the latest in 2019 where two pygmy elephants were found dead with their tusks removed.

In other words, the forests of Borneo are no longer safe for these poor creatures to live in.

Elephants are herbivores, and that makes them a threat to profitable plantations

The pygmy elephant found dead in October with 70 gunshot wounds and tied to a tree near an oil palm plantation was not killed by poachers. But was in fact, believed to be killed by the plantation guards.

Elephants are herbivores. After being forced out of the shelter of nature due to deforestation, the primary place to find food would be oil palm plantations. But plantation companies normally hire armed guards to protect the plantations from the wildlife wandering off of the forest.

It was the guards’ duty to keep animals off the ground, including pygmy elephants which are estimated to be able to consume 300 pounds of vegetable a day. When the guards failed to protect the palm fruits from the elephant, they ended up killing it. The extensive amount of gunshots on its body made it obvious that the motive was to kill, and the removal of tusks indicates that there was intention to take it to the black market.

Sadly, guns aren’t the only weapons used against pygmy elephants. They are also susceptible to poison, as in the case of 2014 where 14 pygmy elephants were found dead after eating rat poison. All because pygmy elephants are a threat to the profitable plantations.

They also fall victims to snares aimed at smaller animals

One of the hunters’ preferred methods to capture animals in the wild is by using snares. It is obviously illegal, but what’s worse is, elephants could also get entangled in snares set up for smaller wild animals such as squirrels, cats, and rabbits. In fact, according to Sabah’s Lower Kinabatangan Wildlife Sanctuary, an estimated of 20% elephants have been wounded by snares in the past.

The snare trap may be small, but it could cause multiple organ failure, infection, and even death, especially to baby pygmy elephants.

Other than poachers, this conflict also ties back to oil palm plantation guards who use man-made snares to injure wild animals as an attempt to stop them from trespassing into their plantations.

Elephants never forget – one of the reasons elephants are believed to be intelligent creatures, and why they could develop a condition similar to post-traumatic stress disorder (PTSD).

This means that if those injured elephants miraculously survive, the painful memories will stay with them for a very long time. Even losing a close family member will deeply devastate the others and keep them from functioning normally.

There aren’t enough warrants to persuade irresponsible people to stop hurting these creatures, but just like any other wildlife whose existence is to keep a balanced ecosystem, among others, providing a safe home for pygmy elephants away from the hurt and the trauma may help keep them on the planet for many more generations.