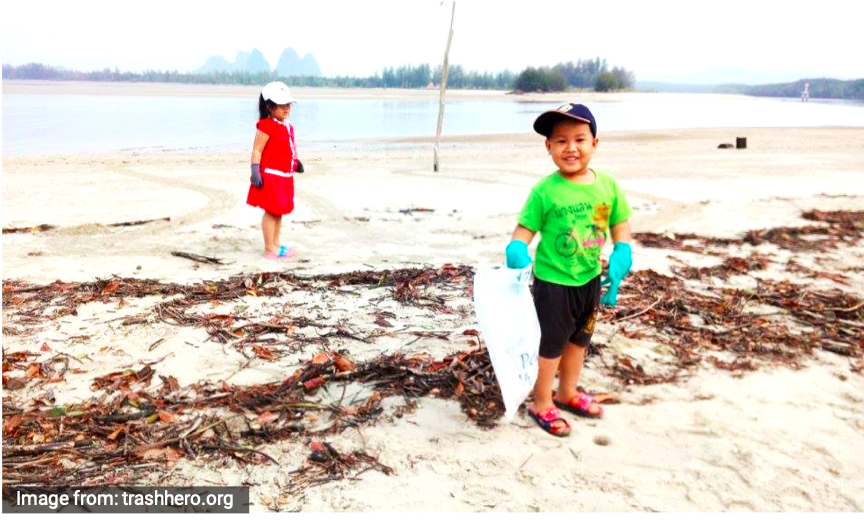 Malaysia is familiar with water pollution cases – it happens in Johor, Penang, Selangor and basically all around the country. But what are the authorities doing to solve this deep-rooted conflict?

Malaysia sits at the eighth position on the top ten ocean polluters worldwide.

Malaysians litter, overuse plastics where most of the wastes often end up in the ocean, and pollute water. All of these impact water sustainability, and with the increasing water demand, water wastage has now become one of the serious issues the country is dealing with.

But when water source is contaminated, water supply will be disrupted and this will likely interrupt Malaysians’ daily activities that majorly depend on water. Not to mention its negative impacts on the marine life deep in the ocean.

This is why an ocean and river clean-up system is needed to keep the coastal clean.

Reef Check Malaysia (RCM) is a non-profit organisation aims to raise awareness among the locals on the importance of, and threats to, coral reefs.

Together with Ocean Conservancy, RCM holds International Coastal Clean-up (ICC) Day each year since it was first registered in 2007.

The annual event gathers volunteers from all over Malaysia with the aim of cleaning up beaches around the country. Malaysia is listed in the top 25 participating countries.

Other than picking up trash along the beaches, RCM also organised underwater clean-up in Tioman island to clean the ocean from marine debris. The dive was led by RCM’s member Julian Hyde, who has made the underwater ocean clean-up his full-time job.

This year’s ICC is scheduled to be held on September 21. RCM’s efforts to keep the coastal lines clean deserves more recognition so that more people can join and contribute to the cleanliness of the ocean.

The case of Pasir Gudang pollution

One of the worst pollution cases in Malaysia is the Kim Kim River pollution back in March that witnessed 3,000 people getting treatment after being exposed to hazardous air caused by illegal chemical dumping in the river.

Public and private agencies worked around the clock to contain the chemical pollution and clean the river.

Speculations arose as the government worked to find the source of the pollution and the solution. Some think that Kim Kim River was not cleaned up thoroughly, and there are people who believe that the second pollution incident is not connected to the previous one and that it is suspected to be caused by process of evaporation as a result of the hot weather and topographical conditions in Pasir Gudang.

Whatever the cause may be, it is evidence that rivers in Malaysia are critically polluted.

Rivers are much smaller and shallower compared to oceans, therefore cleaning them requires the same level of awareness but with different approach and resources.

Efforts to clean rivers have been carried out by several NGOs over the years.

The Klang River was classified as Class 3 (polluted but treatable). Reports suggest that approximately 170,000 tonnes of rubbish flowed into it each year.

Prior to this, the same was done in Malacca River that has now become one of major tourist attractions.

But apart from this, more rivers are in dire need of saving from the likes of plastic bottles and food waste.

The joint cooperation among the NGOs in cleaning up river is proof that people should not only depend on the government in the battle against water pollution.

Take the banning plastic straws move as an example – a government’s move proved to be not working.

Since the beginning of this month, plastic straws can only be served upon requests from customers. But due to lack of awareness on the effect of plastic straws on environments, the restaurants’ employees are often scolded by the customers for not serving plastic straws. As a result, plastic straws are still being given by default.

The question should not be what the government is doing, but what we, as Malaysians who want to see clear rivers and blue oceans, can do to tackle this issue.

“No water, no life. No blue, no green.” — Sylvia Earle, Oceanographer