Is Lynas a real threat to Malaysia? 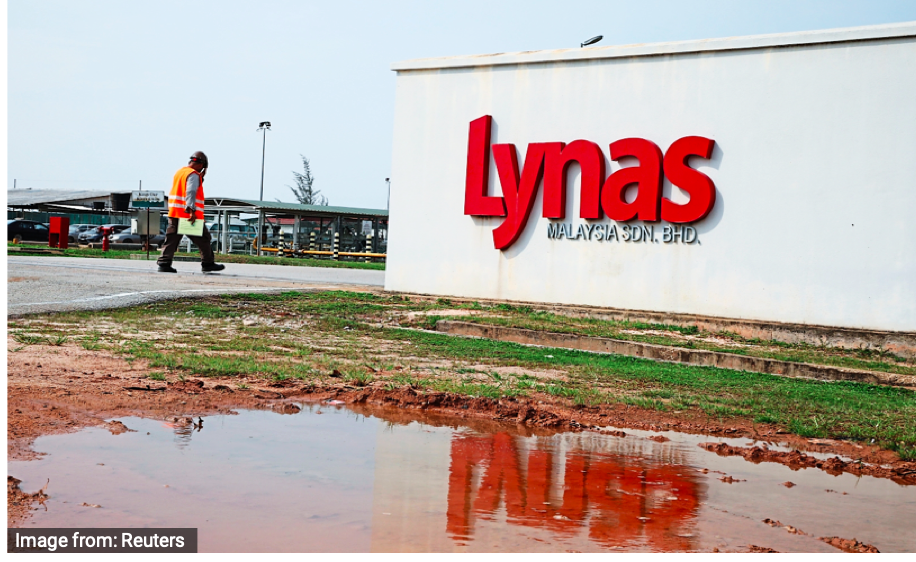 Lynas’s production is important for technological growth worldwide, but their waste by-products are getting in the way. However, this isn’t Malaysia’s first rodeo with rare-earth plants.

It’s no hush story Lynas has been exporting their unrefined ores to Kuantan, and leaving potentially harmful radioactive substances in the wake of their process.

In speculation, they don’t seem to concern themselves with the livelihood of the people living surrounding the plant, and claimed multiple times over that the plant and its surroundings are safe from the dangers of radiation. The truth, at least to this extent, is impossible to figure out as both opposing sides do their best to discredit the other.

All this doesn’t sound in favour for any party, but it’s not the worst case in Malaysia. In fact, Lynas isn’t the only foreign rare-earth processing company to leave radioactive footprints among Malaysians.

The announcements made back in 2011 was slapped with outcries from the citizens of Kuantan. There were protests happening in Kuantan, Ipoh, Batu Pahat, Shah Alam, and Melaka, rejecting the idea of Lynas being built, with a lot fearing for the lives of others.

Multiple protests didn’t just happen out of fear, it happened because a similar incident was played out on Bukit Merah (Perak) in the past, and it was not dealt with until it was too late.

In the 1980s, Asia Rare Earth Sdn Bhd (ARE) was heavily accused for the residents’ exposure to radiation due to waste production and poor waste management. The authorities then sought to store the radioactive waste for experimenting for potential nuclear power source.

Their optimism for research was crushed when the locals filed complaints, petitions, and obstructed roads to refinery operations. Credited international physicists were invited from locals and the company to inspect the radiation level safety, but all results favoured the sides which they were hired from.

After years of legal battle, ARE halt their operations in 1994, only after a few residents sought out ARE stakeholders in Japan and notified them of the ongoing incident. By then, they had 80,000 litres of radioactive waste stored in Kledang.

Despite donation and out-of-court settlements, the damage was done. The chemical waste left behind fatally affected the residents in Bukit Merah. Where previously there was no history of leukaemia Bukit Merah, now there were 7 leukaemia deaths and several birth defects.

However, none of that happened with the Lynas plant, because the radioactivity during ARE’s operation is 44 times higher than Lynas. It was unfortunate, and the price for these rare-earths shouldn’t have to be traded for lives.

Rare-earth is a necessity

Technological advances and production are pivotal in this century, and rare earth materials will indefinitely be scoured to help in this. This make radioactive wastes inevitable, and Lynas is just the beginning.

Lynas started with Mount Weld in Western Australia, a mountain turned into one of the world’s richest rare-earth mine sites. The plant is said to process 240,000 tonnes of ore per annum that extracts 26,500 tonnes of processed rare-earth materials.

There’re 17 rare-earth elements in total, and the ones Lynas seeks are praseodymium and neodymium. A combination of these two can create high quality magnets with great durability. They are used in headphones, microphones, loudspeakers, hard disk, etc.

But it is unfortunate that this innovative element has to actively go through multiple pollution-inducing processes and generate tonnes of harmful by-product wastes to purify itself.

It is true when they say mobile phones emit a certain amount of radiation. In reality, radiation is radiated from everything everywhere, but it’s the type and doses that determine how harmful it is.

Harmful radiations are called ionizing radiation, the factor that determines their danger level is their ability to break molecular bonds between compounds. Mobile phone radiation and radio waves belong in the non-ionizing category, whereas X-rays, CAT scans, and nuclear sources are ionizing radiation.

If radiation is exposed to organic matter (animals or plants), the ionizing radiation could potentially break a cell and DNA apart, killing or damaging it. Damaged cells can easily repair itself, but sometimes it doesn’t do it the right way, and will potentially form into a cluster of fatal cancer cells.

Uranium and Thorium are the radioactive by-products that are constantly processed in the Lynas plant in Kuantan, and it’s produced in a combined 900kg for every 1 tonne of rare-earth metals processed. Additionally, 500 tonnes of water would be discarded after the process. Not to mention the other by-product wastes such as fluorine, waste gas, contaminated acidic water, and dust.

In spite of all this waste, Lynas had repeatedly reassured that they have developed internationally recognised safety procedures in its operations, but people are majorly concerned with possible risks. Not everyone is an expert in radioactive waste, and it’s possible their information about the plant was gathered from hearsay.

It is high risk, high reward for Malaysians

Lynas themselves reported zero cases or abnormality and accidents since their operation started six years ago. So, it is curious why people are still citing radioactive waste posing potential risks, although Lynas probably created job opportunities for professionals.

Geographically, Lynas doesn’t have to export their unrefined materials to Malaysia, but the Malaysian government invited Lynas to set up operation here way back when Lynas had approval to set up in Australia itself. This was probably an economic move to put Malaysia in the rare-earth game, as rare earth metals are predicted to raise their prices by 700 percent over the next 25 years.

Right now, the situation seems to shift towards how the government is getting rid of its waste instead of its radiation danger. But Australia had recently refused to take back the waste, putting the fault on the Western Australia government and laws.

No one is certain whether history would repeat itself. There are many other operating plants in Malaysia with probable environmental hazards, such as the ones near Sungai Kim Kim. Undoubtedly, any sign of mismanagement should result in kicking Lynas out of Malaysia. But until proven guilty, they’re here to stay.