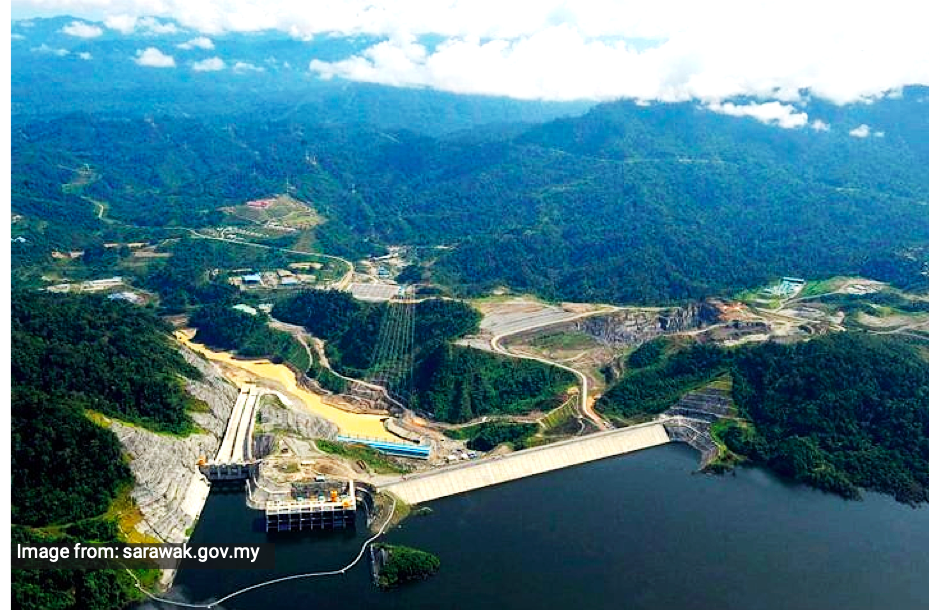 Hydroelectricity is often viewed as an environmentally friendly method of supplying power. But recent studies have debunked it. Alternatives methods leave less carbon footprint but are harder to implement.

Malaysia has over 30 large-scale dams and reservoirs spread throughout rivers and lakes around the country, many of which are used to either provide power or store water.

The power generated ought to have significantly lower environmental impact on Earth compared to fossil fuel and coal power emissions. But a fresh look at the situation reveals an entirely different story.

Although the basis of hydro-electrical dams hasn’t changed throughout the years, scientists have proven that it surprisingly emits just as much green house gases (GHG).

The Bakun Dam in Sarawak is the largest hydroelectric dam in Malaysia. It faced challenges during its production for almost 30 years, extended by financial crisis, funding complications, and protests.

Once the dam was built, the flood instantly drowned 700 km2 of forests, creating a reservoir as large as the island of Singapore. The water also swept away numerous rare plants and animal species only found in the area.

A man-made flood of such a large scale also forced the indigenous populations of Sarawak to relocate their tribes and resettle, also curbing them from farming. These are just a portion of the problems with dams in Malaysia.

In general, the emergence of a dam also means possible sedimentation issues, which deteriorates the lifespan of dams. Dirt and soil flowing throughout the water current settles in the reservoir, reducing the dam’s ability to store water, a.k.a trap efficiency.

Besides, there are potential for disease to rise from the construction of dams. Typhus, typhoid, fever, malaria, and cholera are common diseases for those who live around newly constructed dams.

On top of that, recent discovery reveals the destruction and decay of the living habitats generate GHG, more specifically methane, due to the rotting of flooded vegetation and soil. The methane released could also oxidize with water to create carbon dioxide, another well known GHG.

Other than the construction of the dam itself, the larger the flooded are, the more GHG is emitted into the atmosphere, and it’s especially more in the first ten years of its operation.

Ultimately, the biggest impact is happens to the rivers. Dams could entirely obliterate rivers, and a shift in the river’s direction affects the whole ecosystem.

Although dams supply 90 percent of the world’s renewable energy, further non-environmental perspectives of the impact of dams shows they aren’t worth the time and money.

In more developed nations, dam removal is the new thing to lessen carbon footprint. Whereas developing countries, such as Malaysia, remain as one of the countries booming with dam construction.

Utilizing dams was never economically feasible in the first place. An Oxford study of 245 large dams (categorized as 15m tall) stated 96 percent of it around the world went over budget., whereas 44 percent of the projects suffered delays.

Besides the growing poor environmental performance, dam’s energy production will eventually turn into economic loss as time passes. The World Commission of Dams found that poorer countries which are dependent on hydroelectricity, have suffered droughts and blackouts, resulting in energy rationing, leaving their citizens to bear with the consequences.

Electricity is a factor in a country’s development, but what’s a country without secure environmental growth. Hence, alternatives should be sought.

Dam alternatives are expensive, but worth saving the environment

Although not widely utilized now, biomass combustion may pave the way for Malaysia’s optimum yet eco-friendly renewable energy source, due to potent palm oil industry.

This industry accounts for a major portion of Malaysia’s biomass. By-products and residue of the oil extraction, such as the tree trunks, palm fronds (leaf), and empty fruit bunches, could be used as biofuel for electrical generation.

Additionally, the methane gas released from the production can be collected as great source of biogas for energy generation. Methane, compared to carbon dioxide, is a more harmful GHG. Hence, yielding methane and in turn using it as biogas would be an optimal option.

Despite that, the challenges faced by this potential lie in palm oil production mills’ initiative. Most mills do not see this opportunity as a worthwhile and profitable investment, whereas those interested do not have access to a nearby power grid. To put it simply, the expected returns aren’t profitable.

Solar power is another promising alternative solution for reducing Malaysia’s carbon footprint. But its installation and capacity of the stored batteries comes at a seriously hefty price.

The personal cost for solar installation can range from RM45,000 to RM 100,000. Although SEDA (Sustainable Energy Development Authority) of Malaysia will compensate RM 700 every month for additionally stored energy, it takes about 7 years for a home to cover the initial cost.

Indeed, Malaysia has huge river networks and great hydroelectric potential. Hence, if production is still on the minds of energy industries, studies suggest creating mini or micro dams because it would better fit Malaysia’s landscape.

The energy generated is insufficient to power cities, but it could sustain small towns, which are suitable for settlements in rural areas, accompanied with a lower cost of construction as well.

Although some communities do their part; by practicing reduce, reuse, and recycling, major players in the environmental improvement game comes from energy companies and governments.

It’s correct to say dams are the better alternative compared to fossil fuel. But in the long run, dams too must be replaced with less damaging alternatives.

“Experience shows that, the harm we do to freshwater ecosystems comes back to us at a much greater cost to society”

Options for alternative energy sources are out there, but the price for a safer environment is high. It’s a sacrifice some have to make for a cleaner environment and healthier generation.