Towards a peaceful Malaysia, together 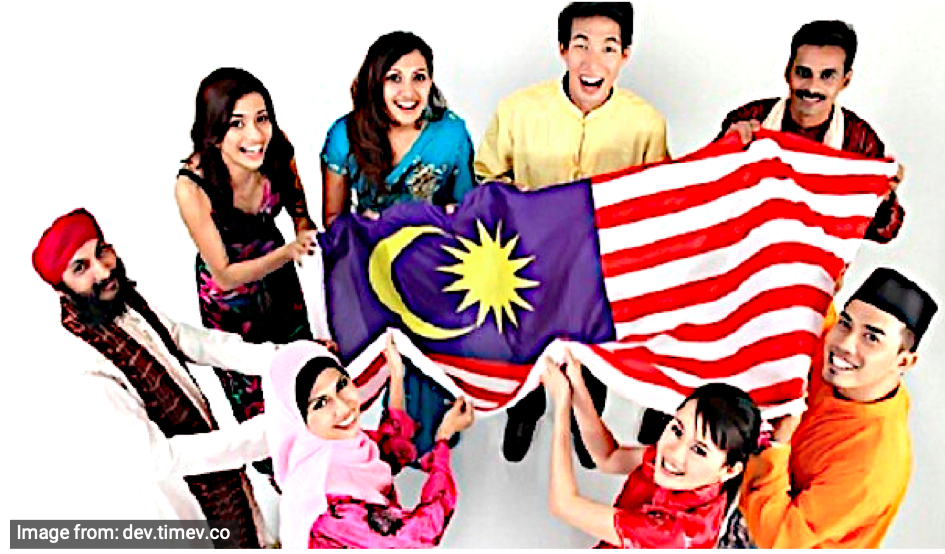 Well known for its unique cultures and its renowned multiracial society, Malaysia’s diverseness is well portrayed in its society’s daily lives. A train ride to work, a weekend hang-out at the malls, and merry festival celebrations throughout the year, the whole community band together to live in harmony.

The majority community of Malays, orang asli (indigenous people), and the Borneo-born Sabahans and Sarawakians, and the Chinese and the Indians build the framework of vibrant multi-ethnic society in Malaysia.

But the journey towards peace wasn’t always a smooth ride.

Before Chinatown and Little India, racial tension was always a concern in the country.

It began with the arrival of the Chinese and the Indians in Tanah Melayu.

The arrival of the non-Malay communities

When historians’ views and archaeology perspectives clashed, the debates on the first inhabitants of Malaysia were never truly settled.

Going back into history, the arrivals of the Chinese and the Indians were recorded through several waves.

These waves included the role of Malacca as entrepôt in the 15th century that brought Chinese merchants to the country where they married the local women during their stay and their offspring grew and became what is known today as the Baba Nyonya community. The Great Famine in South China that caused the Chinese to fleed their home country to the Southeast Asia, and the ancient Hindu temples in Bujang Valley believed by some as the evidence of the Indians presence in Tanah Melayu more than 2 millennia ago.

But the most probable event and the biggest wave was both races came to Tanah Melayu during the British colonial rule. Many Chinese refugees worked as tin mining coolies in the newly opened tin mines in Perak, Selangor, and Negeri Sembilan, and Indian laborers were brought in by the British to work at the plantations.

Thus began the multiracial society in Tanah Melayu, and with it racial and discriminatory issues.

After years of migration, the non-Malays started to demand citizenship, and in order to overcome the British resistance to grant independence, the founding fathers led by Tunku Abdul Rahman agreed to give citizenship to the Chinese and the Indians through the Malaysian Social Contract while the Malays and the indigenous people were named Bumiputra (sons of the soil).

However, the treaty was only at the beginning.

The May 13th tragedy as a reminder

The results of the General Election in 1969 saw the ruling coalition Barisan Nasional losing a large number of seats to the Opposition in Parliament despite still winning the election.

This event kickstarted the worst violence breakout in the country’s history when on May 13, two days after the Election Day, the Malays and the Chinese started a riot that lasted for days, if not months.

The already growing racial tension between the two communities was at its peak. In the attempt to seize control and stop the riot, a curfew was imposed and the government declared a state of emergency.

No one was allowed on the streets, and people lived in fear for months.

By the time it was over, official reports put the death tolls at 196, while Western diplomatic sources suggested the real number was closer to 600 deaths, others rumoured it to be more than 1000.

This tragedy was marked as “the Black Day of Malaysia”.

Tunku Abdul Rahman stepped down as Prime Minister to be succeeded by Tun Abdul Razak, and the Rukun Negara was introduced by the National Legislative Council on August 31, 1970 to better foster unity among Malaysians.

Rukun Negara began to be recited in every school assembly, and became the very foundation of a peaceful Malaysia.

But it wasn’t until the reign of Tun Hussein Onn, fondly known as Bapa Perpaduan (Father of Unity) that the true unity was finally achieved.

Appointed as Prime Minister in 1976 after the death of Tun Abdul Razak, Tun Hussein Onn was known to always prioritize racial unity when it came to government’s decisions. Also, the founder of National Unity Council, Tun Hussein Onn worked hard to nurture patriotism among Malaysians.

And so the unity remains until today in the name of One Malaysia.

The lives lost in the May 13th incident are forever remembered as a tragedy Malaysians should never have to experience ever again.

A long journey towards peace and harmony

Although the strength in unity is still challenged from time to time, the multi-ethnic citizens of Malaysia are nevertheless living in harmony.

From political parties banding together to form a powerful multiracial alliance to cultural adaptations and social integration, they all continue to instil undeniable love for the country and also among the citizens.

Friendships are built through education and economy, while at the same time practicing tolerance and respect for each other.

Different ethnicities celebrating the same festivals is now a warm, familiar sight, and social acceptance has earned Malaysia a good name in the sports arena.

Datuk Lee Chong Wei, the nation’s champion on the badminton courts has united Malaysians as one every time he entered the court and fought his heart out for the highest medal. His defeats were never truly a loss, but a win for all Malaysian spirit.

Racism is no longer an issue when proud Malaysians stand together and cheer behind many names who have made it internationally.

19-year-old Janushaa Bala Krishnan Muthiah became the first Malaysian woman to ever make it to the prestigious US Naval Academy, Chef Kwen Liew was the first Malaysian female to receive a Michelin star, and Mohd Samsul Mohd Said bagged the first place of Professional – Current Affairs and News category with his photography series on refugee camps in Myanmar.

Baba Nyonya, the unique ethnic group from Chinese descendants living in Malay culture, is one of the nation’s valuable heritage. Melaka Baba Nonya, restaurants adopting Baba Nonya’s flavourful recipes, and wedding ceremonies are ways to preserve this disappearing culture so that Malaysia’s vibrant society could be maintained for years to come.

The same goes in the entertainment industry. A cooking programmed entitled Dapur Nyonya was aired on TV3 hosted by Chef Florence Tan, a Nonya descendant sharing all about Baba Nonya cuisine.

Other than that, contemporary Malaysian A Cappella group Colour of Voices, and Indie bands such as Reharmnation and Fazz have proven that multi-ethnic and multireligous members can work together to bring joy to a large number of people.

Old but golden sitcom Pi Mai Pi Mai Tang Tu portrayed the everyday life of multiracial residences of Seri Wangi Flat, and Spanar Jaya depicted the dream of a workshop owner Pak Selamat to make it as a successful businessman and his close relationships with his multi-ethnic employees and acquaintances.

TV3 comedic telemovie Bila Biniku Gongxi was aired during Chinese New Year in 2014, showing the mixed marriage of a Chinese woman and a Malay man who came home for New Year’s celebration. Qarraba, an Aidiladha telemovie on RTM brought Sarawak’s distinct dialect to the screen.

On the Hollywood stage, Kuala Lumpur-born actress Shiva Kalaiselvan made Malaysians proud when she landed a recurring role in the popuar American series Gotham, and Sarawak-born director James Wan is now loved by all Malaysians for his outstanding directing of horror film The Conjuring, action-packed Furious 7, and superhero movie Aquaman.

Above it all, one of the most unforgettable occasions is the 2007 Petronas commercial for the 50th Malaysia Independence featuring a Chinese boy Tan Hong Ming and a Malay girl Ummi Khazriena. Directed by the late Yasmin Ahmad, the cute pair answered questions by the journalist on the video, putting smiles on Malaysians’ faces.

Until today, the commercial is still remembered as one of the most notable examples of the harmonious life in Malaysia.

It has been a long, bumpy ride to get to where Malaysians are now as one peaceful nation.

The groundwork laid out by the founding fathers for all citizens to live in mutual understanding should not be pushed down the drain simply because trivial issues that sometimes surface to threaten the strong bond.

As long as all Malaysians, no matter the religion, race, and culture continue to stand together, come thunder and storms, this country will always withstand any conflicts thrown its way.