Flat Earth is back in Malaysia 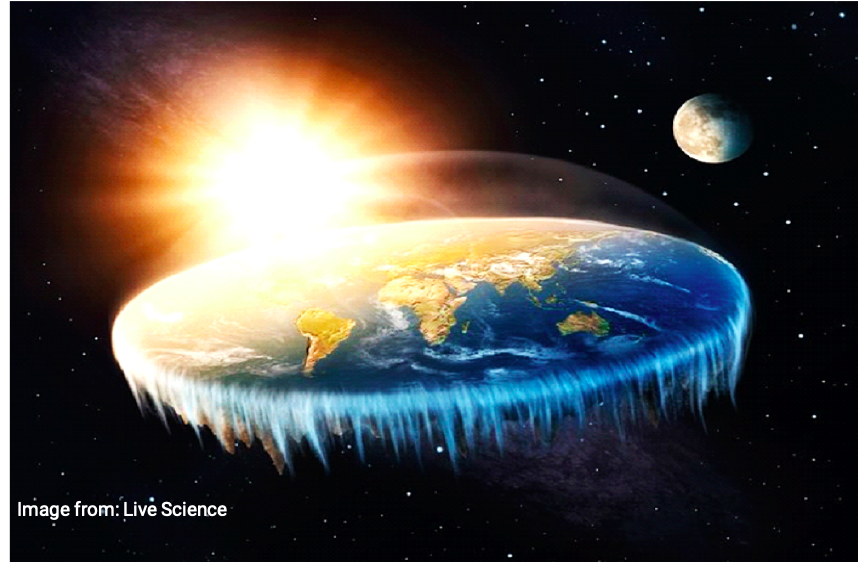 The idea of a giant horizontal piece of land hovering in space seems ridiculous in this current age of technology, but the revival of “flat earth theory” is re-emerging in modern Malaysia.

The development of social media brings voice to people from across all walk of life. Voices that were buried because of their incompatibility with modern believes have finally found a way out to be heard and “Flat Earth Theory” was among one of it.

Regardless of evidence over the years, some people still believe themselves to be right about the structure of the planet.

With their earliest post, dated 2017 December, Facebook page Flat Earth Malaysia had successfully garnered almost 6,000 followers. The page borrowed materials from conspiracy theories across the world to prove that the earth is flat.

The Origin of flat earth

The concept of a round earth has been around as early as 6th century BC, and turned into uncontroversial truth before 1st BC. But the theory that the earth is flat still prevails in certain groups due to their strong beliefs in the cultures of the past.

Records show that the theory is believed to be established as early as the 1800s by a man named Samuel Birley Rowbotham. He published a book on his views, which originated from his literal interpretation from the Bible, and called his system the “Zetetic Astronomy”.

From his perception, Samuel believed that the Earth is a flat disk centered at the North Pole, with giant ice walls surrounding the edges, which were the “south”. He also mentions how the sun, stars, and the moon orbit the Earth just a few hundred miles above. His theory gained followers throughout time, spreading across the US.

The most prominent of the groups at the time called themselves the “Flat Earth Society”, founded in 1956, by another man named Samuel, but last name Shenton. During those times, Samuel and his wife contributed to newsletters which gained over 3,000 followers. But his work was destroyed in a fire at his home, taking with it his archives and membership lists.

Samuel has since passed, but his followers never gave up on the theory. And so, his society was officially rebooted in 2009 to attract new members.

Their resurgence calls out governments for hoaxing the entire world, mostly about their space exploration and conspiracies, such as their reasoning for not going to the moon just after 1 visit. The society claims NASA masks all their space travels as exploration, when instead they’re militarily dominating space and creating weapons.

The society has been spreading their influence across the globe, or in their case the orbiting plane. And unexpectedly, Malaysia has its own little group of Flat Earth believers. Several Facebook groups, have followers and non-followers debating about the theory.

The common arguments used by Flat Earth theorists in Malaysia borrow heavily from the west, with an extra touch of localization.

Citing @ustaztengkuzul, the religious teacher questioning the possibility of Apollo returning back to Earth after the moon exploration.

“The Earth was flattened by Allah and it is not moving. It’s impossible for Apollo to return back to Earth if the Earth is moving at 800,000 Km/hr around the centre of galaxy, there is no spaceship fast enough to top this speed.”

Annoyed by the flat earth theorists, Malaysia’s Federal Territories Mufti Datuk Zulkifli Mohamad al-Bakri reasoned that, some line in Qu’ran might be misinterpreted that caused such arguments. He also states that, geometric calculations and a great deal of technology can prove Earth is spherical.

To fight fire with fire, Zulkifli Mohamad al-Bakri provided a few verses from the Qu’ran to back his argument.

“He created the heavens and earth in truth. He wraps the night over the day and wraps the day over the night and has subjected the sun and the moon, each running [its course] for a specified term.”

Flat earth theorists interpret the “hoax” from a different angle, some claim that it was the United State’s attempt to conquer space; while some with the bigger ambitions attempt to challenge science as a whole.

After rejecting the common scientific establishment, the 38-year-old Malay pop singer, Suhaimi Saad aligned himself with the anti-vaccine movement in the country too.

However, the advantages of science over other is it readiness to be rejected if its proven to be wrong. For example, after a hundred years of establishment, Sir Isaac Newton’s idea that gravity is a constant was rejected by Albert Einstein, due to advance of knowledge. The science community did not regard Einstein’s idea as absurd because it challenged the traditional establishment but embraced it.