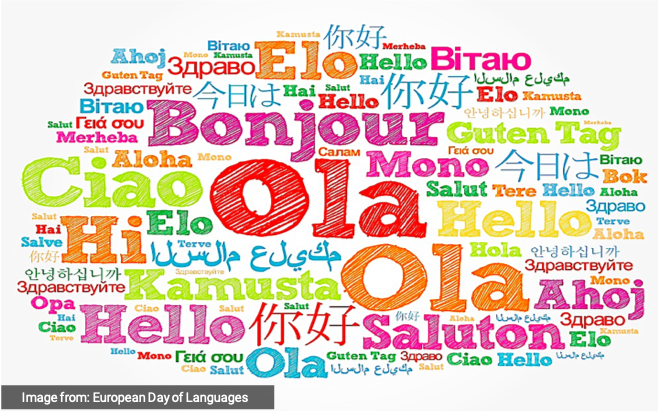 The language we speak plays an important psychological part of our identity. It could easily go extinct if not passed on, hence its preservation is vital for the understanding of future generations.

According to the New York Times, a language goes extinct once every two weeks.

It’s estimated that over 7,000 languages are spoken today. But the numbers are expected to decrease in the next couple of decades, with approximately one third of it already in an endangered state.

Like flora and fauna, language is an important building block of our society. Getting it extinct upsets the linguistic ecosystem, hence why preserving it is essential for the advancement of a society.

Malaysian languages at risk of extinction

With a culture as diverse as Malaysia, one would think Malaysians already have a solid muster of languages. Although this stands true, there are many other languages on the verge of extinction.

Malaysia has a long list of recorded languages used , but at least 80 percent of it are classified as an endangered language.

Penang Hokkien is uniquely different from its other dialects. But experts believe it could die out over the next 40 years. The language is thought to be stitched together by Penangite Baba Nyonyas using Malay, English, Cantonese, and Teochew.

In Melaka, the use of creole language of Portuguese and Malay (Cristang) during the Portuguese rule in the past, has gradually declined over the century. With around 1,000 population left in the settlement, the fear of its extinction creeps closer as it’s already classified as severely endangered.

The list goes on in East Malaysia, as Sabah and Sarawak are home to numerous minority cultures that possess their own unique languages. Researchers estimate Sabah to have around 52 languages, while Sarawak has 46.

In the face of extinction, Sarawak’s state government have received funds of RM300,000 from the federal government to conduct research and begin archiving at least 5 indigenous languages.

From the list of already extinct languages in Malaysia, Kenaboi (extinct in Negeri Sembilan in the 1880s), Wila (extinct in Penang early 19th Century), and Lelak (extinct in Malaysia Borneo, time unspecified) have entirely vanished from our culture and classified as extinct.

How a language dies

UNESCO (United Nations Educational, Scientific, and Cultural Organisation) classifies the degree of endangerment as below:

Varying factors contribute to the status of a language in society. Though linguist experts have different opinions, similar contributing themes fuel language extinction.

A possible causality could be urbanization. Urbanization occurs when a population shifts to a town or city, away from their homeland. Once there, they adopt a more widely used language to communicate.

But this does not reinforce the fact that a language goes extinct in this way.

Alternatively, some experts argue that the primary cause of language loss is due to inter-generational practices. Parents, who inherently speak the language, would either pass on the language or cease its transmission there and then.

But the fault does not lie entirely on the parents. For children to succeed in their career and social life, parents would prioritize the dominant language over the indigenous ones.

Thus, the value of the language becomes increasingly unused and lost. Although true, these languages should not be perceived as useless, since they serve a more underlying purposes.

Language preservation and its importance

Belongingness is one of the emotional needs of every human being; a fundamental attachment built towards someone or something. In culture, the need to belong is equally important, to set stage in a country where they feel belonged.

Language is the basis of a culture and its people. When the building block of a culture is taken away, not only does it crumble if unrecorded, it may also be a retardant of a population’s social development.

These indigenous communities may be the link between traditional knowledge and science. Because these traditional communities have been around for centuries, their unique understanding of certain subjects may prove useful for our way of life.

Hypothetically, when precious archaeological discoveries from these cultures are dug up, researchers will have a tough time deciphering its role and lose knowledge on thousands of years of practice.

Besides, losing a language weakens our understanding of a culture, and hence losing a unique worldview from a different perspective. Philosophies, value systems, and specific spiritual features will also disappear along with it.

Not only that, the extinction invites challenges or a total blockade on the works of linguists, anthropologists, psychologists, or any other cultural researchers around the globe.

With a decreasing pool of cultural data to study, various personality and behaviours of people among our diverse culture may also go unjustified in the field of behavioural genetics.

As far as history goes, Hebrew, the national language of Jewish community in Israel, is the most popularly revived language, due to the fact it was unspoken for almost two millennia.

Hebrew’s comeback story started in the early 20th century during their establishment at Palestine. Rise of Jewish nationalist ideology, Zionism, and the push for a national language among themselves during their immigration to Palestine greatly contributed to its revival.

Unfortunately, not everyone carries a similar nationalistic spirit as the Jewish people. Which is why other methods are mapped out to keep these languages alive.

On the other hand, former university lecturer and third-generation Penang Hokkien speaker published a Penang Hokkien dictionary in hopes of keeping the language alive.

Besides instructive books, the Kadazandusun and Murut (KDM) decline is fueling an effort to comeback by teaching it to pre-schoolers, along with primary and secondary students. Meanwhile, a KDM chair is being set up to oversee and address the issue in Universiti Malaysia Sabah.

Despite people’s societal advancement, reviving traditional languages shouldn’t be seen as a set-back of a community’s development. Instead, perceived as a peak into our history that strengthens a person’s self-concept.

Let not the final words spoken be the language’s death, for it’s death, we lose our way of understanding the world.