Lighting a path for goddess Lakshmi on Diwali 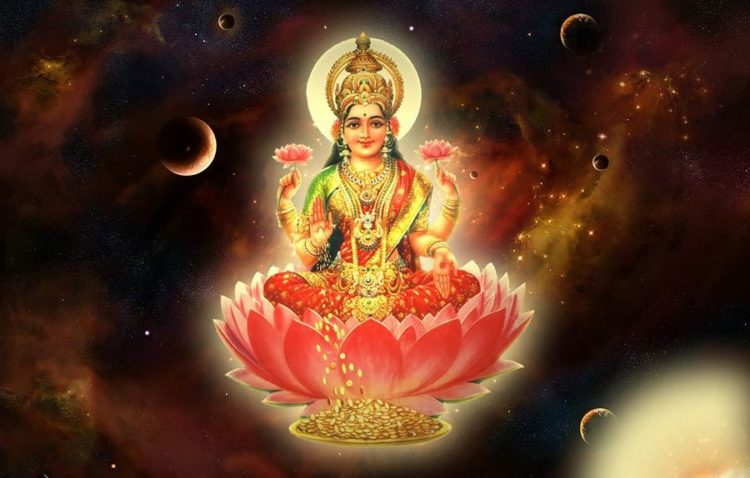 Lakshmi, the goddess of wealth, is believed to walk the Earth during the celebration of Diwali. Lamps are lit to guide her path, and doors are left open for her to come inside.

Deepavali, or also commonly known as Diwali, is a festival celebrated by those of Hindu faith. The name Diwali comes from the Sanskrit word dipavali, which carries the meaning of “row of lights”.

Diwali has different origin stories in different parts of any country. But the most compelling story has to be that of the dearly loved goddess Lakshmi.

As the meaning suggests, Diwali is indeed the festival of lights, where houses, shops, and public places are decorated with earthen lamps called diyas. The lights are believed to guide the goddess Lakshmi into people’s homes so that she could bestow them with wealth and blessings.

In other words, Diwali is celebrated to honour Lakshmi for her power, wealth, and sovereignty.

Stories of Lakshmi vary depending on beliefs, faiths, and traditions. But in every painting of Lakshmi, she is either seen standing on a lotus flower or sitting beneath the feet of the god Vishnu.

The Churning of the Milky Ocean

For the Hindus, Lakshmi is the one to worship. She is the perpetual goddess who nourishes and fosters all lives.

There are many versions of stories of how Lakshmi became worshipped by the Hindus. In fact, Lakshmi’s admirability also unfolds in the ancient texts of the Buddhists and the Jains.

One of the most captivating stories is the rebirth of Lakshmi through the Churning of the Milky Ocean.

In the Hindu mythology, the god Vishnu was tasked with protecting and preserving the universe alongside the warrior god, Indra. The presence of Lakshmi during the time made sure of Indra’s success with his responsibility of protecting the world from the demons.

One day, a wise sage offered Indra a wreath of sacred flowers. Indra, through his arrogance, threw the flowers to the floor. According to the Hindu belief, Indra’s arrogance pained Lakshmi, who then left the world of the gods and entered the Milky Ocean.

Her departure left the world without her blessings and fortune. It became darker day by day, people turned greedy, and no offers were made to the gods. The weakened world was then taken over by the demons.

A distressed Indra turned to Vishnu for guidance. Vishnu then told Indra that the Milky Ocean needed to be churned to regain Lakshmi, as well as to find other treasures that the ocean held such as the elixir of life that could give them the immortality to battle the demons.

Vishnu tricked the demons into believing that the elixir could give them immortality in order to get their cooperation in churning the ocean. But it wasn’t until a thousand years later that the treasures finally rose to the surface.

Among them was Lakshmi, standing on a lotus flower, bringing back fortune to the world that defeated the demons. The gods reclaimed the world, and Lakshmi and Vishnu became inseparable ever since.

In some beliefs, Lakshmi was the faithful consort of Vishnu. The portrayals and incarnations of Vishnu would not be complete without the presence of Lakshmi by his side.

But within the Vedic pantheon, she was said to have been associated with many gods, such as Varuna (the sea god), Soma (the moon god), and Indra (the rain god). Because of her links with many gods, Lakshmi was viewed by many sociologists as “fickle” and “independent”.

The incarnation of Ramayana and Sita

Diwali is also celebrated to commemorate the epic story of Ramayana – Prince Rama’s victorious battle with the demon Ravana.

After Rama was cast out of his rightful kingdom by the evil plotting of his stepmother, he resided in the forest with his wife and brother Lakshman.

The battle between Rama and Ravana began when Ravana abducted Sita from the forest. Rama then gathered an army of monkeys and bears to search for Sita.

After Ravana was defeated, Rama together with Sita and Lakshman returned to their home, fourteen years after they were exiled. It was said that their journey was guided by the candles lit by the people.

In honour of this event, on the second day of Diwali, the believers light candles to guide Lakshmi into their homes so that she could award them good fortune and wealth for the coming year.

Many Indians believe that Diwali is a perfect occasion for gambling. Other than Lakshmi’s fortune blessing them, another legend of the goddess Parvati inspired the belief that anyone who gambles on the night of Diwali would do well.

Leave the door open for her, and she will come bearing peace, contentment, and happiness.