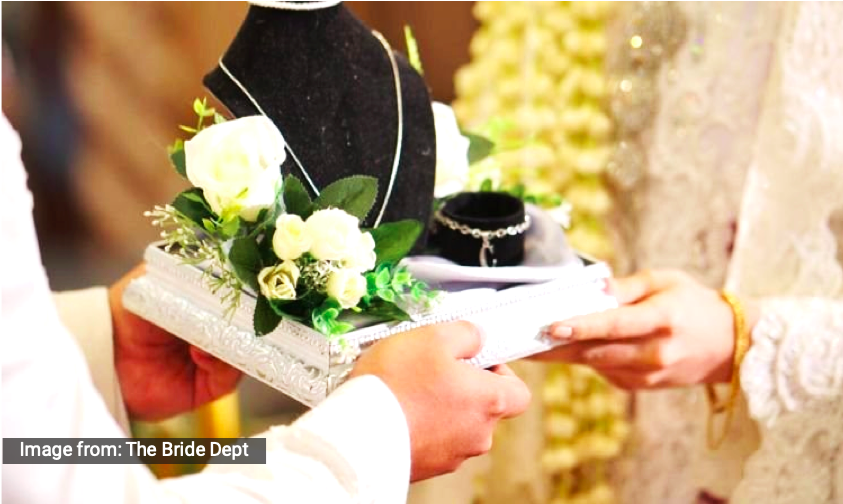 Tying the knot is never easy. Other than career and financial stability as pre-requisites to getting married, Muslims are also required to obtain a certificate by completing a pre-marriage course.

While most university students are still wondering about their future, some are already preparing for the next stage of their lives, marriage.

A female college student was in a dilemma. As she doesn’t have a wedding plan yet, attending the pre-marriage course arranged by the university doesn’t seem like a fulfilling choice. Weekends are meant for resting and sleeping, right?

However, a friend was able to persuade her to attend the course. After all, the certificate is valid for a lifetime. Besides, attending the course under the administration of the university is cheaper (less than RM100) compared to the ones held outside.

The University is taking care of everything. For transportation, a bus could be arranged for those who don’t own a car or don’t carpool.  It also provides refreshments during each session break.

The essence of a marriage

The two-day course is not as difficult as it sounds. All participants have to do is register, pay the fee, and sit down through the talks given based on the seven modules of Modul Bersepadu Kursus Pra-Perkahwinan Islam (MBKPPI).

The modules will be given in the form of formal talks (or sermons) by an authorized panel of speakers consisting of (at least) bachelor degree holders in related fields, and he or she must be recognized by JAKIM or other Islamic state organizations.

After the registration, participants will be asked to fill the hall and the speaker will begin the first module, the aqidah (creed) and ibadah (acts of worship and good deeds).

During this session, the speaker will explain in detail on how marriage is a commandment of Islam (an ibadah), and that completing the ibadah is completing the sunnah (Islamic practices) laid out by Prophet Muhammad (peach be upon Him). Apart from the marriage itself, choosing the right spouse as outlined by Islamic rules will also be included.

The second module, akhlak (moral) in relationships with family members will take place and the talk will be given by a different speaker. This module will include the Islamic way of treating family members and behaving amongst them.

Family healthcare management is next, filling up notes on ensuring that the wellbeing of family members is taken care of. Then, the session will proceed with the issues of marriage and procedures.

In Islam, the marriage begins with nikah – a sacred social contract between the bride and the groom. The speaker will explain the components of nikah in detail, including the walee (woman’s guardian), witnesses and mahr (dowry).

Every beginning has an end, be it happy or otherwise. Therefore, the next module will discuss stress and conflict management where Islamic guidelines will be laid out to solve any conflicts that might surface later in a marriage.

Husband and wife communication & time and finance management module is next, where the speaker will talk about the importance of good communication in decision making in building a life together, as well as mutual tolerance, respect, and obedience.

If an impossible-to-solve problem occurs, counseling service & marriage disband (divorce) module will help spouses to decide whether to save the marriage or end it by following the right Islamic procedures.

After 13 credit hours are fulfilled, the course will end, and each participant will be issued a certificate – a green light to tie the knot.

Formal talks might sound boring to some people, so it really is up to the speakers to make the session more interesting and yet, still informative. Audiences will also be given a chance to ask questions regarding any confusion about marriage or the modules in hand.

Pre-marriage course is a must before marriage

Starting from June 2018, new modules were added to improve the quality of the course. Among them  are, the responsibilities of husband and wife, better communication between both parties to ensure better comprehension, as well as lessons on rukun (commandments) of marriage.

To avoid causing any inconvenience, the course is widely available. It is held throughout the year, with almost four to five sessions every month. If one misses the registration deadline of one session, the next one is probably just around the corner.

The course is normally held during the weekends (Saturday & Sunday), but for those who could not make it for the weekends, it is also available from Wednesdays to Thursdays.

Obtaining the registration form is easy. There is no need to go to the nearest Islamic organization center in each state as it can be downloaded from online sites, for example Jabatan Agama Islam Selangor (JAIS) [here].

Besides, there isn’t any readiness test for someone to build a marriage.

Does the pre-marriage course serve its purpose?

Realistically speaking, obtaining the pre-marriage course certificate does not guarantee a lasting marriage or a lifetime happiness for the spouses. In fact, divorces still happen.

However, to a lot of people, attending the course will at least shed some light on how a marriage should work and how to resolve conflicts that may happen.

The female college student has finished the 2-day course and obtained the approval for marriage from the religious authority. For her friend, who already has wedding plans, obtaining the pre-marriage course certificate would help smooth things leading up to the big day.

The reason of attending the course might be different, but in the end, the pre-marriage course serves one goal.